The crowdfunding platform GiveSendGo stepped up to the challenge and was described by a liberal blog as the “go-to fundraising vehicle for some Trump supporters and far-right groups looking to solicit money online.”

GiveSendGo — and other new alternative platforms — may just be the pushback to Big Tech the conservative movement has been waiting for. “Donald Trump’s efforts to [allegedly] delegitimize the results of the 2020 presidential election set off a gold rush, allowing prominent lawyers, conservative PACs, Republican lawmakers, and others in the former president’s orbit to raise millions of dollars off false claims of a stolen election,” liberal outlet GEN reported via Medium. The blog post, “Trumpworld Has Been Using a Christian Crowdfunding Platform to Rake in Cash,” written by Medium Associate Editor Richard Salame, illustrated that “GiveSendGo has been a friendly resource for those looking to push claims of election fraud.” 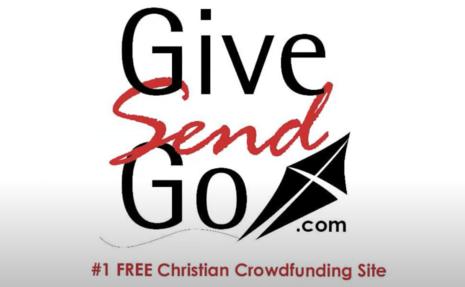 Salame made clear that the large amounts of money being processed by the conservative crowdfunding platform were nothing to scoff at:

Among the most successful fundraisers is Matthew Braynard, the former director of data and strategy for Trump’s 2016 campaign. Braynard had launched his fundraising page on the Christian crowdfunding platform GiveSendGo on November 7, promising to use the money to “detect potentially fraudulent ballots.” After a week, donations had surpassed the goal of $590,000 that he had set by tens of thousands of dollars, and by mid-January, the campaign had raised more than $675,000 from nearly 9,000 donations.

Part of what disturbs liberal commentators is that conservatives have actually begun to establish their own platforms to address their concerns rather than merely accept being deplatformed.

“What’s notable about Braynard’s campaign is less the nuances of his particular effort—there’s now an entire cottage industry around claims of election fraud—than how it demonstrates the power of political crowdfunding outside traditional institutional structures like nonprofits and political action committees,” Salame clarified in the blog.

“The site’s terms and conditions note that campaign owners ‘are not permitted to create a Campaign to raise funds for illegal activities, to cause harm to people or property, or to scam others,’” GEN reported. “Still, GiveSendGo is considering creating a pop-up notification on ‘potentially controversial’ fundraisers, [GiveSendGo co-founder Jacob] Wells said, to remind donors that the project may not achieve its desired results and they are donating at their own risk.”

GiveSendGo described itself as “The Fastest growing Christian Crowdfunding site made by Christians for Christians.” Its homepage described the platform as “A place to fund hope. A place to work together with the body of Christ around the world to make a difference.”