Russia has decided to fight back against Silicon Valley, suing five companies to force removal of posts supporting anti-Putin protests. This is part of a tidal wave of opposition to Big Tech around the world.

Big Tech has allowed civil discord to run rampant if it targets entities liberals want destroyed.  “Russian authorities are suing five social media platforms for allegedly failing to delete posts urging children to take part in illegal protests, the Interfax news agency cited a Moscow court as saying on Tuesday,” Reuters reported March 9. “Twitter, Google, Facebook each have three cases against them, with each violation punishable by a fine of up to 4 million roubles (around $54,000), and cases have also been filed against Tiktok and Telegram, the report said.” 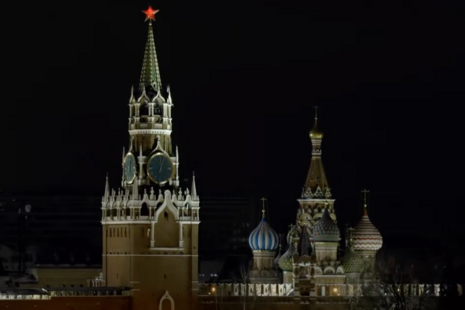 The cases were reportedly launched “after protests nationwide over last month's jailing of Alexei Navalny, a prominent critic of President Vladimir Putin.” Navalny and his sympathizers claim that his 30-month sentence, “for alleged parole violations related to an embezzlement case, was trumped up for political reasons, something the authorities deny,” Reuters summarized.

President Vladimir Putin’s Russia is one of many countries growing wary of Big Tech’s unchecked power to control the flow of information based on the biases of its CEOs.

Non-western countries in particular appear eager to take a tough stand. Facebook, Inc., and its messaging service WhatsApp Inc., have been under investigation by Turkey’s antitrust board, according to Bloomberg. The Chinese government’s State Administration for Market Regulation (SAMR) has also “draft rules looking to stop monopolistic practices by internet platforms,” a move CNBC considered to be “one of the most wide-sweeping proposals in China to regulate large tech companies.” Just a couple of weeks ago, “India announced sweeping rules to regulate social media firms, streaming services and digital news outlets” TechCrunch reported, “posing new challenges for giants such as Facebook, Twitter, Google and Netflix that count Asia’s third-largest economy as their key overseas market.”

Leaders from Eastern Europe, Australia, and the European Union have also warned Big Tech that it overstepped by censoring then-President Donald Trump and his supporters. French President Emmanuel Macron expressed outrage over Big Tech companies choosing to “suddenly cut the mic” and silence “all the platforms where it was possible for [former-President Donald Trump] and his supporters to express themselves,” AP News reported Feb. 4.

In the weeks following Trump’s censorship on Twitter, Hungary joined Poland as one of the premier European powers taking on Big Tech. Hungarian Minister of Justice Varga Judit announced in a January 26 Facebook post: “After consulting with the heads of the involved state institutions, the Ministry of Justice will propose a law to the Parliament this spring about the regulation of the great tech companies’ Hungarian [operation].”

Judit warned would-be censors that Hungarians will not tolerate technological tyranny from Big Tech: “The deliberate, ideological or business-motivated digital damaging can no longer happen without consequences in Hungary!”