Twitter revealed that it is preparing a new “Safety mode” to protect users from unwanted or offensive commentary, whatever that means.

Twitter gave the internet a hilarious but also grim glimpse into the platform’s future by revealing its upcoming “Safety mode.” The new function was previewed at the 2021 Analyst Day presentation with a few screenshots. Safety mode will "[a]utomatically block accounts that appear to break the Twitter Rules, and mute accounts that might be using insults, name-calling, strong language, or hateful remarks," the presentation revealed in an image of the application in use on a cell phone.

The photos in the presentation hinted at how the platform would obliterate political dialogue in the name of protecting people from ideas it dislikes. 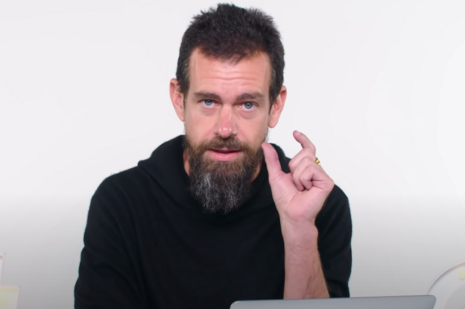 “When you’re in safety mode, we detect accounts that might be acting abusive or spammy and we limit the ability of those accounts to engage with you for 7 days,” the description in the aforementioned photo stated. “In addition, we show their replies to fewer people.”

Twitter admitted that the platform has already made extensive use of “Conversation Controls” to “empower[] our customers and the community to scale safety.” The description specified that these controls would “enable people to decide who can reply to their Tweets and give them a way to hide unwanted replies to their own Tweets.”

Twitter appealed to the nebulous idea of “healthy” conversation in the presentation. Twitter rationalized that it  “believe[d] it’s essential for public conversation to be healthy.” It then elaborated that “healthy” means the eradication of free speech: “That means making sure conversations are safe from abuse or harassment and that we do everything we can to reduce spam and misleading information.”

The platform included a quote from Managing Partner Joe Barone of GroupM, who explained that “Twitter has acted quickly and comprehensively to address social harms on their platform. They are a strong and valuable partner to GroupM as we work with the industry to mitigate risk to brands, consumers, and society at large.” GroupM has described itself as a media investment company. On its “About” page, it specifically noted that it provides services to several of America’s largest corporations like Ford, Google, and Uber. [Emphasis added.]

Twitter’s idea of speech that must be purged for “healthy” conversation in society has been notoriously liberal. In fact, despite the platform’s avowed stance against misinformation, its censors are perfectly happy to crack down on objective science.

Twitter banned feminist Meghan Murphy for citing a scientific fact about the differences between men and women. She had referred to a transgender person as “a man,” and accused that same person of “extortion for filing complaints against estheticians who refused to perform a Brazilian wax” on the transgender person’s genital area, The Mercury News reported Feb. 15 and updated Feb. 16.

Twitter was also notorious for having purged former President Donald Trump during the final days of his presidency. Obliterating a sitting President’s online presence appears inconsistent from a site that has allowed foreign dictators and even pro-genocide propaganda.