Liberal tech journalism outlet Axios published a newsletter after consulting with experts on “How to deprogram America's extremists.”

Publishing a piece calling to “deprogram” millions of Americans is a terrible way to cool down the national conversation. But that was precisely what Axios Login did. “[E]xtremists” should be barred from institutions, and “help” should be provided for people with “dangerous” ideologies, Chief technology correspondent Ina Fried suggested in the Feb. 9 “Axios Login” newsletter. 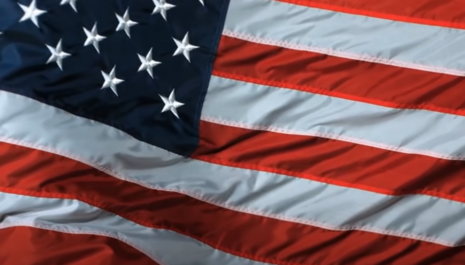 Fried, author of the daily “Axios Login” newsletter, went on to specify that Big Tech plays a key role in reshaping the country going forward:

Online platforms, meanwhile, must be unwavering in their commitment to root out conspiracy theories and lies that undermine faith in democracy, according to experts interviewed by Axios.

The newsletter extensively quoted German Institute on Radicalization and De-radicalization Studies Director Daniel Koehler’s call for a "Marshall Plan against domestic extremism." The Marshall Plan was an initiative to help Europe recover after World War II, and one of its goals was to “halt the spread [of] communism on the European continent,” according to the History channel’s website. Koehler further explained in the Axios Login newsletter that "The spread of extremist conspiracy theories in the United States is the second most dangerous pandemic the country faces right now. The damage that's been to the U.S. in terms of community and social cohesion will be immense and will be lasting."

Koehler appeared to make no mention of the 2020 summer of left-wing terror, part of a years-long trend of Black Lives Matter rioting fueled in-part by misinformation about police brutality. He and Axios also made no mention of the phony leftist Russia collusion narrative that undermined faith in American democracy long before the 2020 election.

Axios expressed gratitude as “Twitter and Facebook continue to step up action aimed at driving extremism and far-right misinformation off their platforms.” The omission that speaks volumes, though, was how Big Tech companies enabled far-left radicalism. Facebook, for example, refused to remove reportedly violent groups such as Rose City Antifa. Rose City Antifa has even been called out by liberal news sources such as The Washington Post for allegedly assaulting Post Millennial Editor-at-Large Andy Ngo.