Yet another major European power has joined the growing alliance of nations against censorship by American Big Tech companies.

Hungary is joining Poland as one of the premier European powers taking on Big Tech. “After consulting with the heads of the involved state institutions, the Ministry of Justice will propose a law to the Parliament this spring about the regulation of the great tech companies’ Hungarian [operation],” Hungarian Minister of Justice Varga Judit announced in a January 26 Facebook post.

In the same post, Varga explained that Hungary must act quickly if the European Union is too slow regulate Big Tech’s unchecked power: 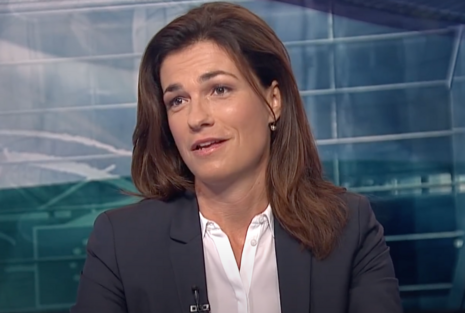 “We keep cooperating with the EU in the preparation of similar regulations but recent events have shown that we need to act faster to defend people. Today, everyone can be arbitrarily switched off from the online space without any official, transparent and fair proceeding and legal remedy.

“They can switch off bakers, hairdressers, pensioners, teachers, SMEs and state leaders as well.”

Varga warned would-be censors that Hungarians will not tolerate technological tyranny from Big Tech: “The deliberate, ideological or business-motivated digital damaging can no longer happen without consequences in Hungary!” She added: “Freedom is never voluntarily given. Now we need to fight for digital freedom too!”

Varga has written other recent posts condemning political-correctness and the Big Tech establishment which enforces its doctrines. She condemned left-wing ideology for corrupting Western Civilization with “gender ideology, Christian persecution, a technological dictatorship of opinion, destruction of nations, and the creation of a grey uniform society in which everyone must be liberal.”

The Financial Times summarized another post from Varga describing how “mainstream social media sites ‘limit the visibility of Christian, conservative, rightwing opinions’ and accused ‘power groups behind global tech giants’ of having the power to decide elections.”

Hungary is the latest of many nations that have been angered by Big Tech’s unchecked power to censor.

Mexican President Andrés Manuel López Obrador declared earlier in January plans to make an international anti-censorship coalition take action were already underway. “I can tell you that at the first G20 meeting we have, I am going to make a proposal on this issue,” he declared. Foreign Relations Secretary Marcelo Ebrard also commented: “Given that Mexico, through our president, has spoken out, we immediately made contact with others who think the same.” AP News said Mexico had reportedly “heard from officials in France, Germany, the European Union, Africa, Latin America and Southeast Asia."

The Times explained that Poland in particular has been preparing its own potent legislation to prevent Big Tech censorship:

“Users who have had posts removed or their accounts blocked will be able to appeal to a body called the Free Speech Council to have their content reinstated. If social media companies are deemed to have removed posts or blocked accounts that are not illegal and refuse to reinstate them, they could face fines of up to [$13.38 million].”