Big Tech doesn’t like mail-voting after all. Billionaire Jeff Bezos, who owns both Amazon and The Washington Post, is playing both sides of the mail-in election fraud debate.

The Post published pieces during the election denying that mail-in votes could lead to widespread voter fraud. Now, Amazon is trying to stop workers from pursuing mail-in voting to unionize, citing fraud risk. Amazon has reportedly sought to postpone a unionization vote and requested federal labor authorities to reconsider allowing mail-in ballots, The Wall Street Journal reported Jan. 22. Amazon’s leadership was reportedly wary of mail-in voting leading to rampant fraud: “We believe that the best approach to a valid, fair and successful election is one that is conducted manually, in-person,” an Amazon spokesperson claimed, according to The Epoch Times.

Conservative journalists have called out the clear contradiction. Bezos’ companies have strategically denied and then supported the idea that mail-in votes can lead to fraud: “The owner of [T]he Washington Post has officially stated that mail-in ballot elections have serious and systemic flaws,” OAN Reporter Jack Posobiec tweeted. The Washington Post published pieces that denied mail-in voting could lead to mass election fraud during the 2020 presidential election. 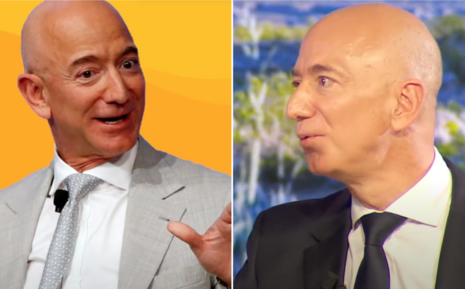 Twitter then made the whole situation more ridiculous. Twitter promptly placed a label on the tweet, suggesting: “This claim of election fraud is disputed, and this Tweet can’t be replied to, Retweeted, or liked due to a risk of violence.” Posobiec responded: “Twitter has censored this so hard I don’t even receive notifications for when people are quote tweeting it now.”

Whether The Post publishes pieces condemning or praising mail-in ballots appears dependent upon who or what is up for election.

During the 2020 presidential election, The Post published pieces fiercely denying that mail-in voting could lead to voter fraud. One mid-October piece was headlined, “Five myths about mail-in voting,” and claimed: “academics, election law experts and election administrators say voter fraud is vanishingly rare.” The Post also published a fact-check on Sept. 11 suggesting, “A mountain of evidence shows that mail voting has been almost entirely free of fraud through the decades, but Trump insists that it’s a recipe for disaster.”

Perhaps Bezos and his Amazon staff don’t read his newspaper.

The record shows that The Post and other liberal outlets criticized mail-in voting as a source of fraud in the past. In 2012, when the chief fraud concern was impostors voting at the polls in place of other people, The Post was clear that other sources of fraud, such as absentee votes were comparatively far more real:

“It may still be possible to steal an American election, if you know the right way to go about it. Recent court cases, from Appalachia to the Miami suburbs, have revealed the tricks of an underground trade: Conspirators allegedly bought off absentee voters, faked absentee ballots, and bribed people heading to the polls to vote one way or another.”

Another article by The Post that same year suggested similar critiques of absentee voting based on research from Carnegie-Knight investigative reporting project’s News21:

Conservatives are under attack. Call up Amazon at 1 (888) 280-4331 and The Washington Post by emailing corrections@washpost.com or calling 1-800-477-4679 and urge both of Bezos’s companies to admit on record that mail-in voting is vulnerable to fraud. If you have been censored, contact us at the Media Research Center contact form, and help us hold Big Tech accountable.