Big Tech has declared Open Season on conservatives. Conservative commentator Ashley StClair said Instagram removed a hunting photo and threatened her account with deletion, in its latest bout of censorship.

Hunting hogs from helicopters may sound like a blast to normal Americans, but it’s apparently beyond the pale to Big Tech elites. Photo-sharing platform Instagram cracked down on conservative commentator and producer Ashley StClair on Nov. 21 for posting a “photo with a gun after hog hunting.” Screenshots shared by StClair indicated that Instagram had removed her photo for “coordinating harm or promoting crime” and “violence and incitement.” StClair’s instagram story reporting on this was then “removed for coordinating harm or promoting crime.” If that weren’t enough, she announced that “Instagram has banned me from doing livestreams as well.” 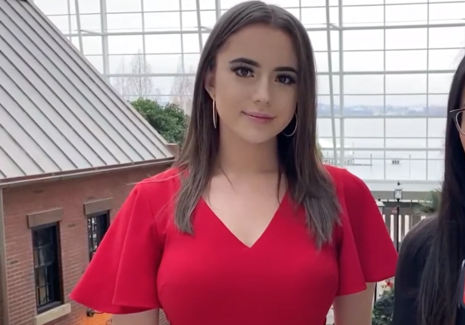 StClair warned her fans and supporters that Big Tech has its sights on conservatives:

“They said I was ‘inciting violence’ and ‘committing a crime’ for posting a photo with a gun after hog hunting[.]

Attached was a video where StClair explained that “since the Big Tech tyrants at Instagram have banned me from going live” she posted a brief video on Twitter rather than on Instagram. She said that her photo was originally posted in September and “didn't have a provocative caption or anything.” After explaining her situation, she gave a grim overview of her expectations for Big Tech going forward:

When contacted, the press team who works for Facebook/Instagram responded to inquiry by explaining: “Thank you for your inquiry - this was an error and we have since addressed it.” No further details were provided.

Ashley has called out absurd liberal bias on Instagram before.

StClair tweeted a screenshot of the sticker, commenting “I’m going to need an explanation for this new racist Instagram sticker....” She followed her post by sharing a brief screen-recorded video of her accessing the sticker in the menu.

She later tweeted that “Instagram & Facebook have removed the ‘Mute White People’ sticker.” She followed by writing that “The real question is whether or not the FOUR companies that were complicit in publishing this racist gif will make a statement.”

On July 14, StClair announced that “a conservative friend” of hers had a post removed for using stickers Instagram itself had allowed in the first place. The notification in the screenshot indicated that the post in question had been removed for “hate speech or symbols.” “Is this an admission from @instagram that they published hate speech for all users to use?” StClair asked.

Conservatives are under attack. Contact Instagram at 650-543-4800 and demand that Big Tech be held to account to mirror the First Amendment while providing transparency, clarity on “hate speech” and equal footing for conservatives. If you have been censored, contact us at the Media Research Center contact form to help us hold Big Tech accountable.