Twitter is still ready to pounce on conservatives, even after coming under intense criticism following its censorship of a bombshell New York Post report last week.

TPUSA founder Charlie Kirk has been censored for tweeting his concerns about a developing story. “I’m kind of in a hostage situation right now with Twitter,” Kirk told Fox News host Steve Hilton in an interview on “The Next Revolution.” “I do not have access to my Twitter account because I tweeted a widely reported story 19 hours ago that changed a couple hours later.” 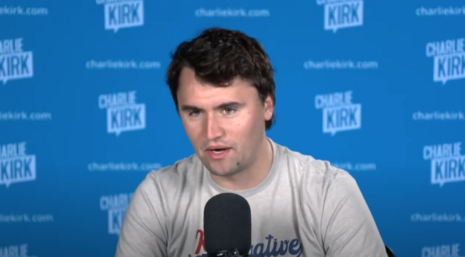 Kirk had reportedly tweeted: “Pennsylvania just rejected 372,00 mail-in ballots,” and asked “One voter was said to have submitted 11 duplicate ballots Pennsylvania might be key to winning the White House What’s going on?” according to Fox News.

According to screenshots shared by Fox News, Twitter claimed that Kirk’s post stood guilty of “Violating our rules against posting misleading information about voting.”

Fox News explained that Twitter “blocked Kirk from using the site after he tweeted a story about mail-in ballots in Pennsylvania in which he incorrectly stated that people had requested multiple ballots.”

Twitter has been embroiled in multiple scandals regarding developing stories and politically-motivated censorship.

In a bombshell scandal released by the New York Post (the Post) on Oct. 14, purported emails from Democratic presidential candidate Joe Biden’s son Hunter Biden reportedly exposed the alleged corrupt dealings of both father and son in Ukraine. The story claimed emails were found from a Ukrainian executive Vadym Pozharskyi, an adviser to the board of Burisma, thanking Hunter Biden for the opportunity to meet his father, former Vice President Joe Biden in Washington D.C.

Twitter responded by disabling the link to the story, claiming: “Warning: this link may be unsafe.” Twitter then censored the Post, White House Press Secretary Kayleigh McEnany,, the Trump Campaign, and even the House Judiciary (a part of the United States government) for sharing the story.