Christian conservative satire website The Babylon Bee was suspended and reinstated by  Twitter after allegedly “violating” the platform’s rules against “manipulation and spam.”

Big Tech companies have proven time and time again that they fear conservative satire. And Twitter just provided more evidence. “It appears the Babylon Bee's Twitter account has been suspended,” The Daily Caller tweeted along with a screenshot confirming the suspension on August 17. Editor-In-Chief Kyle Mann confirmed with his own screenshot of Twitter management alleging that The Babylon Bee was guilty of “Violating our rules against platform manipulation and spam.” 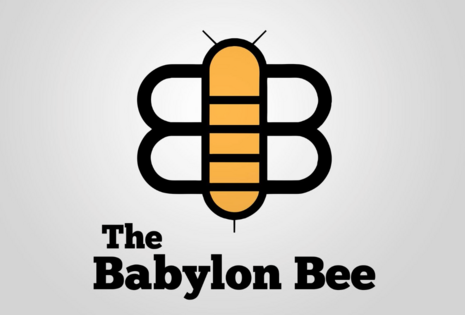 The Babylon Bee CEO Seth Dillon reached out to readers via email after the account was reinstated. He explained that while “we're back on Twitter, at least for the time being,” the concern remains “that these ‘mistakes’ tend to work in one direction.”

Dillon wrote a call to action which explained: “If just a small fraction of our readers become paid subscribers, we'd have enough funding to survive without running ads, effectively eliminating our dependence on these big tech companies.”

He noted how liberal Big Tech has no problem with pulverizing conservative media:
“The control these companies exercise—and the outright hostility they display toward those with more traditional views and values—has us deeply concerned about our future as a publisher of Christian satire.” He explained that in response, “The more subscribers we have, the less we have to worry about our dependence on Twitter and the other big tech companies.”

Novelist and Senior Writer for The Babylon Bee Frank J. Fleming responded to the initial suspension by sharing an article “Report: The Squirrels Are Up To Something,” and wrote:

“We're still trying to figure out why @TheBabylonBee was suspended. The suspension notices are always so vague. We think it might have to do with this article for allegedly spreading misinformation.”

In subsequent tweets he explained further: “Anyway, Twitter has given @TheBabylonBee a helpful list of 500 things that could have gotten it suspended and told us the reason it was suspended is one of them and then we have the fun game of figuring out which.”

He then called on The Babylon Bee’s supporters to take action:

In case Big Tech censorship accelerates from here on out, Fleming suggested a new tactic for those who truly love The Babylon Bee:

“Also, considering subscribing to The Babylon Bee. It helps keep the site more resistant to social media platforms suddenly turning on us.”

Shortly afterward he announced that The Babylon Bee was back on Twitter and “Our long national nightmare is over. ...for now.”

“Twitter has apologized and said they suspended us in error and will send us a ham in the mail. According to the Bible, we must forgive them, but I'm searching for an interpretation where I don't have to.”

He thanked readers for their support and theorized: “I think all the noise is what led to the quick turnaround in getting @TheBabylonBee back up.”

Conservatives are under attack. Contact Twitter's leadership by tweeting at the official @Twitter account or Twitter’s CEO Jack Dorsey @Jack and demand that Twitter stop censoring conservatives. Instead, Big Tech should be held to account to mirror the First Amendment while providing transparency, clarity on “hate speech” and equal footing for conservatives. If you have been censored, contact us at the Media Research Center contact form to be included in our database, and help us hold Big Tech accountable.