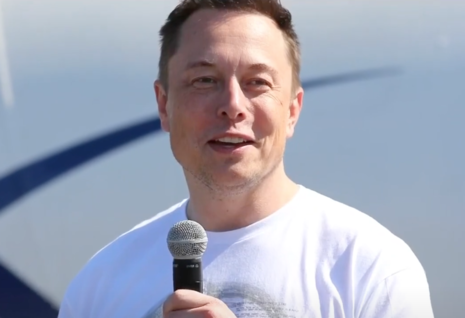 “Musk tweeted that it is now ‘time to break up Amazon’ after the tech giant temporarily blocked the publication of a book” skeptical over COVID-19 lockdowns, ReclaimTheNet reported.

Berenson condemned the company for restricting his book in a subsequent tweet:

“THEY CENSORED IT! It is based entirely on published government data and scientific papers. It doesn’t say coronavirus isn’t real or doesn’t kill people (in fact, the worst-case death toll is likely to be striking to people). And Amazon won’t run it.”

Musk responded by calling out Bezos directly, and tweeted, “This is insane @JeffBezos.” He followed that by declaring, “Time to break up Amazon. Monopolies are wrong!”

“However, after Musk and others slammed the decision, Amazon reversed course and published the book,” Reclaim the Net reported. The same article made note that “While Amazon ultimately published the book, the initial rejection led to discussion of Amazon’s dominance in the ebook market.”

“Amazon told Fox News it was an ‘error’ and the book shouldn’t have been removed, but Berenson had his doubts,” Fox News reported.

“‘They didn’t say to me that it was a mistake… I do believe that I’m not the only person who has run into this. They need to be clear what their position is on publishing controversial material on political issues,’ Berenson said. ‘It doesn’t seem to me that this was an error, but I don’t know.’”

Sen. Josh Hawley (R-MO) sent an open letter in April calling for the Justice Department to “open a criminal antitrust investigation of Amazon” after a Wall Street Journal report accused Amazon of using the data of third-party sellers using its platform in order to make its own in-house competing products.

The other side of the political spectrum is wary of Amazon’s monopolistic tactics as well. “After the Journal’s report last week,” The Verge observed, “Democrats on the House Judiciary Committee wrote statements seeking clarification on whether a top Amazon official had ‘lied’ to Congress about its data practices in a previous hearing.”

“If true, this report raises deep concerns about Amazon’s apparent lack of candor before the Committee regarding an issue that is central to our investigation,” House Judiciary Committee Chairman Jerrold Nadler (D-NY) mused.