If normal radical liberals in Big Tech weren’t bad enough, Twitch has named a transgender streamer who self-identifies as a deer to be on the platform’s “Safety Advisory Council.”

Steph “FerociouslySteph” Loehr who is listed as a “Professional Community Leader” with the Anti Defamation League (ADL) now serves as a member on Twitch’s Safety Advisory Council. The council, according to Protocol’s May 15 newsletter is “made up of eight members: a mix of academics and professionals with online safety expertise, plus a few Twitch creators.”

Loehr was described on Twitch’s Safety Advisory Council as a person whose “fight for inclusivity includes creating a competitive team composed entirely of marginalized gamers, and vehemently opposing non inclusive mechanics such as voice chat.” 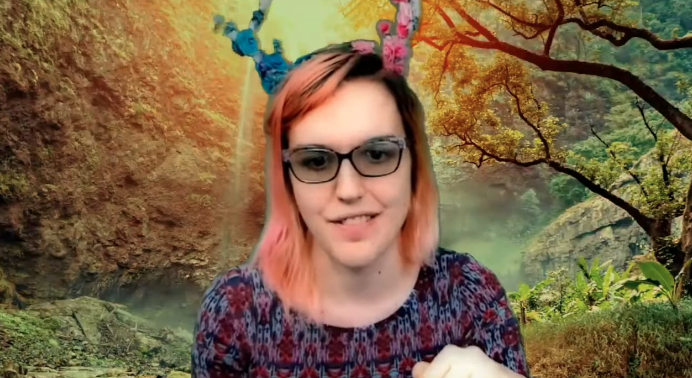 Loehr could be seen in a variety of disturbing clips. In one, Loehr wore antlers while broadcasting and explained: “In my spare time, I go out to my yard, and I, and I prance around. And I eat grass.” While explaining this, Loehr mimed eating grass and described how “it helps me feel, like, in tune with my deer-self.”

Culture/Tech commentary news outlet Sausage Roll explained that the “otherkin” phenomenon is a subculture “who socially and spiritually identify as not entirely human.” It added that “Some otherkin claim that their identity is genetic, while others believe their identity derives from reincarnation, trans-species dysphoria of the soul, ancestry, or metaphor. In Steph’s case, the Twitch admin identifies as a deer.”

In another clip, Loehr could be seen making strange noises while another individual scratched Loehr’s head. Loehr also warned in a clip that “I have power,” and that “there are some people that should be afraid of me. And that they are, because I represent moderation and diversity, and I’m gonna come for hurtful, harmful people. If you’re a really shitty person, I’m going to stand up against you. Period. And Twitch has endorsed me to do that.”

The ADL describes Loehr as “Transgender, and an advocate for authenticity, challenging herself and others to find and express truth through vulnerability” on its website.

For a person who self-identifies as a deer, this idea about “authenticity” and “truth” may be somewhat problematic, but for an organization as ideologically biased as the ADL, this appears to be the norm.

The ADL has said that those who express open contempt for Antifa thugs may be white supremacists, and has added the OK hand gesture to the list of hate symbols. It has even openly worked with Big Tech companies to suppress online speech in order to establish a “right” to not be hated.

Loehr stated, according to Newsweek, that "I am getting harassed because I represent a lot of things people hate about diversity and acceptance.”

Loehr claimed the cause of the harassment is merely because "I am different and twitch has platformed me.” Loehr continued: “People believe me to be mentally ill for being different. People believe I am a threat to their video game mechanics. People also don't like me for my pride, and they don't like that they have so little power over me."