Even a global pandemic isn’t enough to make Americans want to surrender their privacy to Big Tech.

Apple and Google will lay the groundwork for an unprecedented “contact tracing” project in mid-May that will notify users when they have entered the presence of a person with the coronavirus. This project was begun in an effort “to protect people and get society back up and running,” according to an April 10 announcement via Apple’s newsroom.

A Washington Post-University of Maryland poll found that based on American’s current responses, any chance for the contact-tracing app to become viable appears slim. A majority, “3 in 5 Americans say they are either unable or unwilling to use the infection-alert apps under development by Google and Apple.” Oxford University researchers suggested that 60 percent of Americans would need to use the tracking tech to make it viable, but only “41 percent say they both have a smartphone and are willing to use an infection-tracking app.”

In short, this initiative is short of a whopping 19 percent of Americans to be viable. 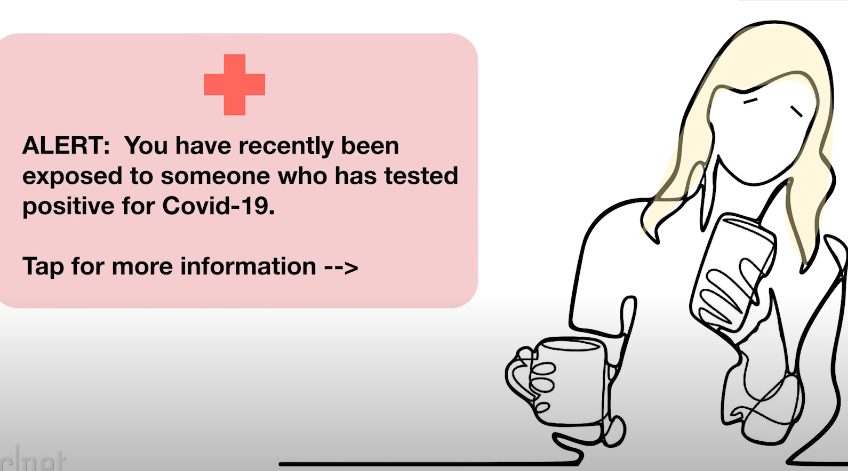 The Post lamented that among “the 82 percent of Americans who do have smartphones,” 50 percent said “they probably or definitely would not” use the contact tracing app, while “an equal percentage” said “they definitely or probably would.” Willingness to use these apps reportedly “runs highest among Democrats” while resistance ranks highest “among Republicans and people reporting a lower level of personal worry about getting the virus.”

This is part of a much larger trend of Americans wary of who controls their data. While “57 percent majority of smartphone users trust public health agencies and “56 percent trust universities,” a mere “47 percent” of Americans “trust health insurance companies” and only “43 percent” trust Big Tech companies.

This rings true with recent research by PEW, which indicated how after years of Big Tech scandals, Americans are as unsure as ever about giving away their data.

“About half (52%) of U.S. adults said they decided recently not to use a product or service because they were worried about how much personal information would be collected about them,” Pew Research Center (Pew) reported in a study it published on April 14.

The Post cited a poll by the Kaiser Family Foundation that indicated “fewer than 3 in 10 were willing to use an app if there was a ‘chance the data could be hacked.’”

Former Federal Trade Commission Chief Technologist and Senior Adviser to the U.S. Chief Technology Officer in the Obama White House Ashkan Soltani had criticized the tech for just this reason: