While YouTube is relying on the hapless WHO to fight misinformation, the platform is clamping down on reports of potential treatments that are being developed.

Aytu BioScience Inc. CEO Josh Disbrow wrote an opinion piece to defend his organization’s potential coronavirus treatment against liberal backlash in The Wall Street Journal headlined “An Experimental Ultraviolet Light Treatment for Covid-19 Takes Political Heat“ on April 27. Disbrow claimed that a video that “received some 50,000 views in 24 hours” on YouTube was taken “down.” His theory was that America has become so politically polarized that President Donald Trump’s interest in a potential treatment turned the mainstream media against it. 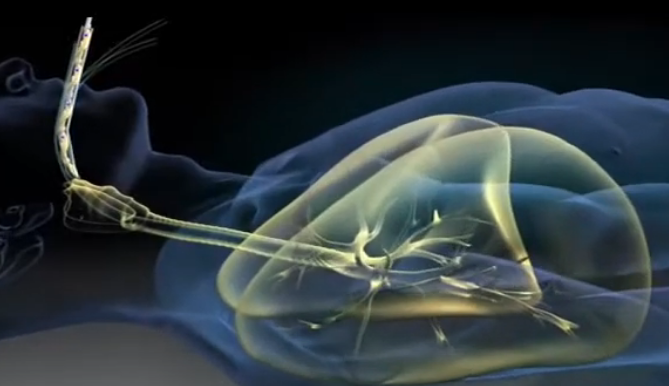 Disbrow considered that “Twitter, YouTube and Vimeo are under enormous pressure from political activists” and that these platforms “also need to ensure that information on their platforms is safe and accurate.”

One writer for the liberal New York Times was not shy about steering the course of public debate. The Times reporter Davey Alba tweeted that he played a key part in taking the video down:

I contacted YouTube about this video, which is being shared on tons of replies on Twitter & on Facebook, by people asserting that it backs up Trump's idea throwing it out there that UV rays kill coronavirus. YouTube just said it removed it for violating its community guidelines.

The potential treatment is still reportedly going through the approval process for human use. “Aytu and Cedars-Sinai have engaged with the Food and Drug Administration to pursue a rapid path to human use through an Emergency Use Authorization,” Disbrow observed. “But hardly anyone noticed—until Thursday, when President Trump mused, ‘... supposing you brought the light inside the body … .’”

As a result of Trump’s comments, Disbrow suggested that his team had to act fast:

My team and I knew the president’s comments could trigger a backlash against the idea of UV light as a treatment, which might hinder our ability to get the word out. We decided to create a YouTube account, upload a video animation we had created, and tweet it out. It received some 50,000 views in 24 hours.

Disbrow then recounted how Big Tech allegedly got in line to shut Healight out of the conversation: “Then YouTube took it down. So did Vimeo. Twitter suspended our account. The narrative changed from whether UV light can be used to treat Covid-19 to “Aytu is being censored.”

Despite the negative press, the Healight was reportedly developed by “research physicians” at the Cedars-Sinai “Medically Associated Science and Technology Program.”

The treatment is based on a simple premise. "Our team has shown that administering a specific spectrum of UV-A light can eradicate viruses in infected human cells (including coronavirus) and bacteria in the area while preserving healthy cells," Dr. Pimentel of Cedars-Sinai stated according to Yahoo Finance.

Disbrow lamented how modern political polarization in America hinders the progress of science:

These days, politics seems to dictate that if one party says, “The sky is blue,” the other party is obligated to reply, “No, it’s not, and you’re a terrible human being for thinking that.” That leaves no room for science, in which the data speak for themselves, regardless of ideology, and only when they’re ready. Unfortunately, the visceral excitement of political conflict draws far more clicks and better ratings than the methodical world of science.

YouTube responded that the Healight video was removed for violating the platform's Community Guidelines when reached for comment.