An embarrassing clip of Democratic presidential front-runner Joe Biden stammering during a speech has been spun by liberal media as “manipulated media.”

Former Vice President Biden was caught on video seemingly endorsing President Donald Trump for re-election. Liberal media outlets condemned the video as deceptively edited misinformation in order to cover for the Democratic primary frontrunner. Twitter followed up by labeling the video as “manipulated media.” When reached out to for comment, Twitter staff replied that “this Tweet was labeled based on our Synthetic and Manipulated Media policy.”

The clip, posted on March 7 by White House social media director Dan Scavino, showed Biden stammering: “Because we can not get re-elect, we can not win this re-election. Excuse me, we can only re-elect Donald Trump.” 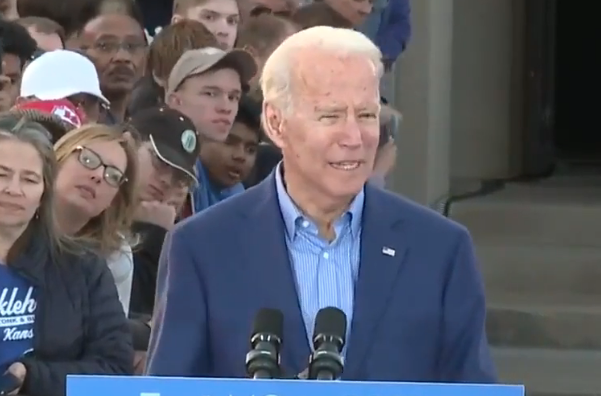 Trump retweeted Scavino's proclamation that “The video was NOT manipulated,” and has also retweeted other variations of the video in question.

Protocol’s March 9 newsletter summarized Twitter’s recent reaction: “Now, some users see a blue label below the tweet, with the words ‘manipulated media’ and a link to more info.” Protocol writer David Pierce aired his displeasure, writing, “It took nearly a day for Twitter to apply the label, though, and even now not everyone sees it. (I still don't.)”

Donald Trump, Jr. retweeted multiple conservative commentators who were calling out Twitter for allowing a Biden campaign video which itself appears to be deceptively edited in that it claimed that Trump was calling the coronavirus a hoax. A Politico article featuring this same claim was fact-checked on Facebook, at the behest of the Daily Caller, a move which outraged members of the liberal media. Former ThinkProgress editor-in-chief Judd Legum questioned, “The bigger question is why Facebook allows The Daily Caller to make judgments about Politico's reporting.”

Daily Wire reporter Ryan Saavedra was retweeted by Donald Trump Jr. for a tweet which blasted the platform’s hypocrisy:

Twitter just labeled a video from WH social media director Dan Scavino as being “manipulated[.]” Was it selectively edited? Yes[.] Was it manipulated? No[.] Yet this video from Joe Biden manipulates numerous things that Trump has said and Twitter is *not* labeling it as manipulated.

This video is straight up ‘manipulated’ to make it seem like Trump called coronavirus a “hoax.” Why hasn’t twitter gone out of their way to label it like they did to the Trump campaign?