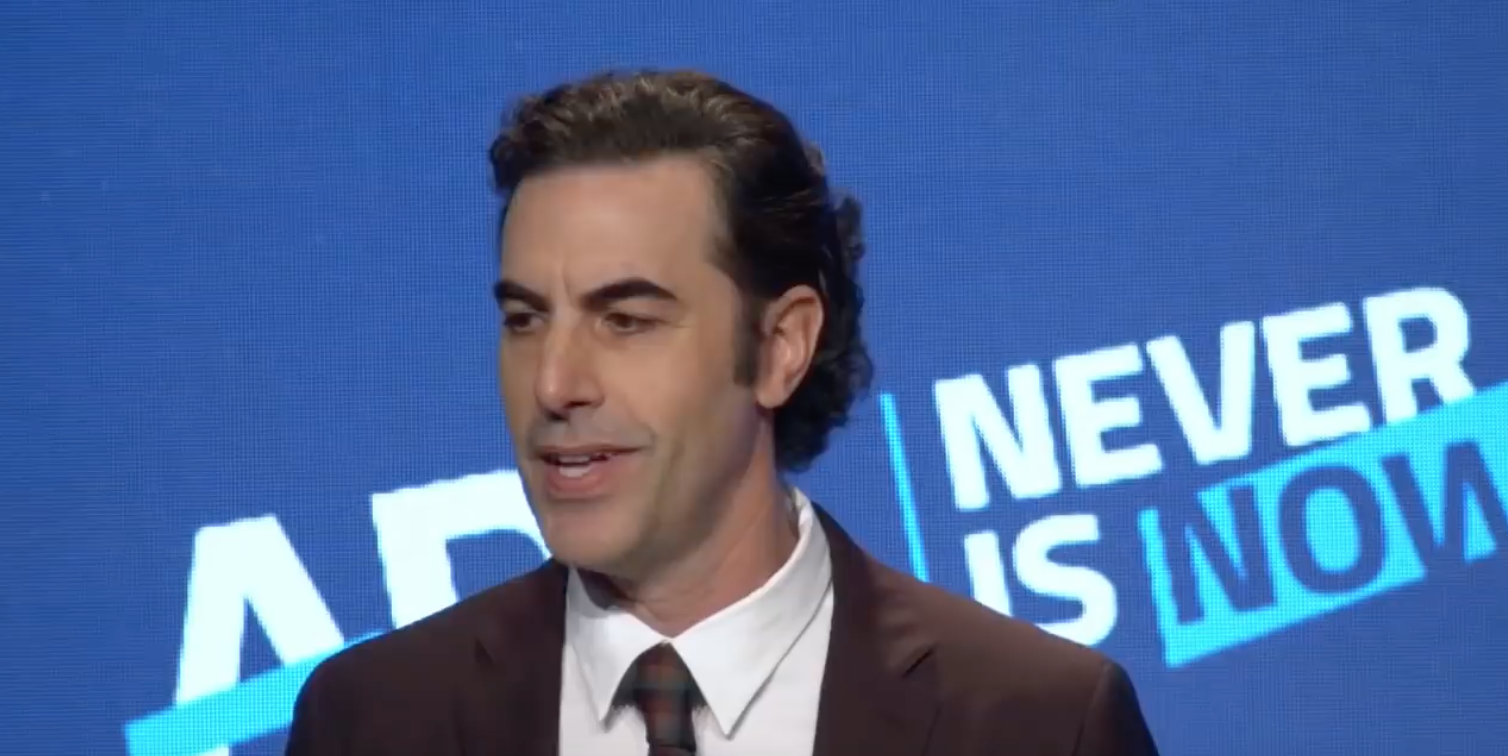 An actor and comedian famous for his shenanigans as the character Borat blasted the Big Tech community for being “the greatest propaganda machine in history” and knocking Facebook for its recent free speech stance.

Sacha Baron Cohen gave a speech at the Anti-Defamation League's 2019 Never Is Now Summit on Anti-Semitism and Hate last Thursday, claiming that “hate and violence is being facilitated by a handful of internet companies that amount to the greatest propaganda machine in history.”

“Cohen is best known for portraying the fictional characters Borat, Ali G, and Bruno. Each of them indulges a similar shtick: Tricking famous people into outrageous interviews in order to humiliate them,” suggested Reason Magazine.

But it is not just the powerful. Cohen allegedly tricked an economically-troubled village in Romania, allegedly telling them they were being filmed in a documentary, when they were used as a comical fake village from which Cohen’s “Borat” character came. “[T]he villagers of Glod in Romania, which doubled as Borat’s village in Kazakhstan, went to the courts, unsuccessfully demanding $38m for being depicted as inbreeds, rapists, thieves and prostitutes,” The Telegraph reported.

Specifically naming "Facebook, YouTube and Google, Twitter and others," Cohen declared in his Thursday speech that he believed “it's time for a fundamental rethink of social media and how it spreads hate, conspiracies, and lies."

He condemned Zuckerberg’s recent speech about the importance of free expression at Georgetown University, calling some of Zuckerberg’s arguments, “pardon my French, bullshit.”

“This is not about limiting anyone’s free speech. This is about giving people, including some of the most reprehensible people on earth, the biggest platform in history to reach a third of the planet. Freedom of speech is not freedom of reach.”

Cohen also quoted the First Amendment, that “‘Congress shall make no law’ abridging freedom of speech,” ignoring regulations already placed on internet communication and seemingly advocating for online censorship of ideals that with which he and those on the left disagree.

Cohen blasted Zuckerberg’s commitment to keeping Facebook as an open platform, and asked, “If a neo-Nazi comes goose-stepping into a restaurant and starts threatening other customers and saying he wants to kill Jews, would the owner of the restaurant, a private business, be required to serve him an elegant eight-course meal?”

But as reported on before, who determines who or what counts as a Nazi? If you listen to some in the mainstream liberal media, then that answer might just be President Donald Trump.

He suggested Zuckerberg “seemed to equate regulation of companies like his to the actions of ‘the most repressive societies’” and was incredulous at the comparison.

He condemned Big Tech CEOs as people who care “more about boosting their share price than about protecting democracy.” He dubbed this alleged phenomenon as “ideological imperialism” and lamented how “six unelected individuals in Silicon Valley [are] imposing their vision on the rest of the world, unaccountable to any government and acting like they’re above the reach of law.”

Finally, Cohen blasted Zuckerberg for “welcoming a ‘diversity of ideas,’” suggesting that our elected officials should have a say in what goes online and further suggesting that “groups like the ADL” should monitor social media to fact-check and purge lies and conspiracies from online platforms.

Then Cohen himself gave an example of why his solution, in fact, presents a problem. “On the internet, everything can appear equally legitimate” he complained later, citing how “Breitbart resembles the BBC.” But which outlet is to be believed? Seemingly, Cohen prefers one and not the other. And this comparison comes after a recent decision by Facebook to include Breitbart in its human- curated “News” tab in an effort to represent all sides of political debate, provided they adhere to the platform’s terms of service.