In the latest incidence of Big Tech being in bed with liberals, Facebook’s CEO Mark Zuckerberg and his wife have been caught recommending campaign hires to a 2020 Democratic presidential candidate.

Contact with Buttigieg’s campaign was initiated by Zuckerberg and his wife, “shortly after Buttigieg officially launched his campaign in mid-April,” according to Meagher. 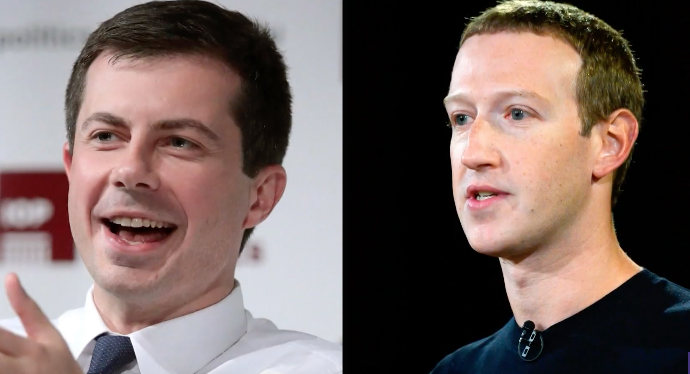 A family spokesman told Bloomberg News that the employees in question “asked the tech mogul and Chan to recommend them”:

“Having seen Mark’s visit to South Bend in 2017 and Facebook Live with Mayor Buttigieg, colleagues later asked Mark and Priscilla to connect them with the Buttigieg campaign as they were interested in joining,” spokesman Ben LaBolt said in a statement. Zuckerberg visited South Bend, Indiana, in April 2017 as part of his philanthropic work and got a tour from Buttigieg, that Zuckerberg live-streamed.”

He later added that “Mark and Priscilla have not decided who to support for President.”

Bloomberg claimed these staff recommendations by Zuckerberg are the first examples of him assisting a presidential campaign yet known. Though the candidate appears to be a favorite at the office, as “[a] number of other high-ranking Facebook executives, including David Marcus, the executive leading Facebook’s cryptocurrency efforts, Naomi Gleit, one of Facebook’s longest-tenured executives, and Chris Cox, former chief product officer who is close friends with Zuckerberg, have donated to Buttigieg.”

Buttigieg has “become somewhat of a darling of Silicon Valley Democrats,” to the point that he has been “repeatedly returning to San Francisco for high-dollar fundraisers,” noted Bloomberg.

While he has “raised concerns about tech companies having too much power and has floated regulation, including fines and the blocking of new mergers,” he has also “been more apprehensive about breaking up big tech companies than some of his Democratic counterparts, saying the issue of monopolies extends beyond tech.”

The article also made note of how “Republicans have accused Zuckerberg and Facebook of bias against conservative viewpoints, claiming that Facebook and other social media platforms unfairly suppress their views.” Zuckerberg had recently held private meetings with conservative leaders to address their concerns.

But now “Facebook is under unprecedented attack” from the left, and Zuckerberg needs friends in Washington.“ In recent weeks, Warren’s campaign has bought ads on Facebook claiming Zuckerberg endorsed Trump, a deliberate falsehood that she used to draw attention to Facebook’s policies exempting politicians from fact-checking ads, and corrected later in the advertisement.”