Twitter Explains Enforcement Scenarios for When It Will Censor World Leaders

Twitter Inc. released a blog post titled “World Leaders on Twitter: principles & approach” on Oct. 5, which aimed to give “more context” on its “principles and process” for censoring tweets by world leaders.

“Join me in saying that his Twitter account should be shut down,” she told Warren, who responded, simply, “No.”

This is not the first time Sen. Harris has called for Trump to be removed from Twitter. In her appearance on CNN’s Anderson Cooper 360, Sen. Harris suggested President Trump should be “suspended” from Twitter. She claimed that there is “plenty of evidence to suggest that he is irresponsible with his words in a way that could result in harm to other people.”

Twitter already announced in June that it would begin to flag offensive tweets by world leaders as offensive, but allow them to remain on the website on the condition that “there are certain cases where it may be in the public’s interest to have access to certain Tweets, even if they would otherwise be in violation of our rules.” 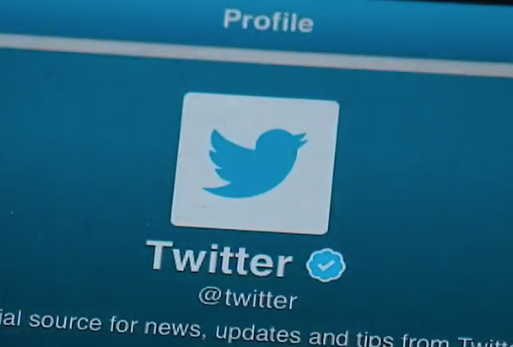 Twitter also explained in June that not only would they “take steps to make sure the Tweet is not algorithmically elevated,” but in addition to being deboosted by the algorithm, it will also not show up in “Safe search, Timeline when switched to Top Tweets, Live events pages, Recommended, Tweet push notifications, Notifications tab, Explore.”

Twitter’s latest blog, however, takes things a step further. It illuminates in its “Enforcement scenarios” section that “the accounts of world leaders are not above our policies entirely” and that “the below areas will result in enforcement action for any account on our service (without consideration of the potential public interest value in allowing the Tweet to remain visible behind a notice):

While some of these seem fairly cut-and-dried as far as what they would censor, others could lead to a slippery slope or double-standards about how their rules are enforced.

Twitter’s history of biased censorship against conservatives is infamous.

Pro-life groups such as Live Action have reportedly been banned from running ads on the platform, and pro-life figures, such as Charlotte Fien and Devin Sena, appear to have been hit with suspensions for sharing tweets that expose the grim reality of abortion. Two other Twitter accounts were reportedly suspended for tweeting about the videos of Planned Parenthood staff talking about selling aborted baby parts. Meanwhile, tweets pushing for female genital mutilation were allowed to stay up for multiple days.

Twitter also suspended LifeSiteNews for an article, allegedly explaining in a notification that it “promoted violence against, threatened, or harassed other people on the basis of race, ethnicity, national origin, sexual orientation, gender, gender identity, religious affiliation, age, disability, or serious disease.”

The article in question from Coalition on Abortion president Dr. Gerard M. Nadal stated that HIV, syphilis, and gonorrhea were on the rise among the LGBTQ community because “[s]ixty percent of homosexual men failed to report their serostatus to all partners, compared to thirty-four percent of heterosexual men, and twenty-seven percent of women.”

Twitter later relented, according to LifeSiteNews, and reportedly claimed that the platform had “made an error” after a 7,400-strong petition was made to protest LifeSiteNews’ suspension.

These are but a few incidents of Twitter’s historically erratic approach to enforcement of rules regarding censorship.