Trump’s Twitter In Danger! Company Creates New Rule to Limit Who Sees What He Says

Twitter is launching a new program to flag tweets as offensive. And it’s No.1 target appears to be President Donald Trump.

The company announced via its blog June 27 that it will mark the tweets of politicians who break its rules, effective immediately. he firm has decided “there are certain cases where it may be in the public’s interest to have access to certain Tweets, even if they would otherwise be in violation of our rules.” The blog did not mention Trump’s name once, but even The Washington Post speculated the move has “stark implications” for his account. 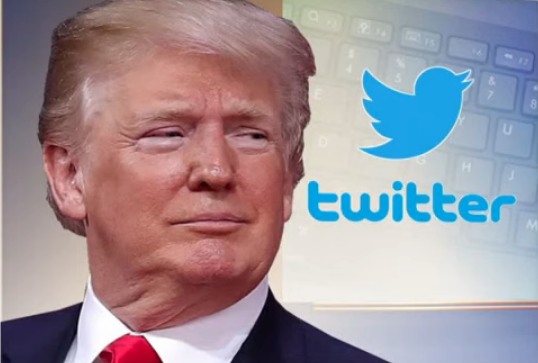 According to The Post, Twitter announced that the new labeling system applies “to all verified political candidates and government officials with more than 100,000 followers.” Before users can even read these labelled tweets, they will need to click through an alert which warns: “The Twitter Rules about abusive behavior apply to this Tweet. However, Twitter has determined it may be in the public’s interest for the Tweet to remain available.”

Twitter also made clear that it will use algorithms to make the questionable tweets viewable by fewer people, effectively “shadowbanning” the president of the United States.

Twitter explained on its blog about how in past years the company “allowed certain Tweets that violated our rules to remain on Twitter because they were in the public’s interest, but it wasn’t clear when and how we made those determinations.” It announced that in order to solve that problem “we’re introducing a new notice that will provide additional clarity in these situations, and sharing more on when and why we’ll use it.”

The natural exception being that, in Twitter’s own policy words, “there are cases, such as direct threats of violence or calls to commit violence against an individual, that are unlikely to be considered in the public interest.”

Who will be the arbiters of what tweets are offensive enough to ban versus offensive but important enough to keep? According to the company blog, a “cross-functional team including Trust and Safety, Legal, Public Policy and regional teams” will designate which tweets are a “matter of public interest.”

This is not as simple as a tweet where one must simply click to view it. The tweet will be harder to find in the first place. In addition to being de-boosted by the algorithm, it will not appear at all in “Safe search, Timeline when switched to Top Tweets, Live events pages, Recommended, Tweet push notifications, Notifications tab, Explore.”