The brazenly liberal Anti-Defamation League, which works with Big Tech companies to remove “hate” from social media, has declared that images that are against the left wing Antifa mobs are now “hate symbols.”

The ADL’s “Hate on Display(tm) Hate Symbols Database,” states that “white supremacists” use imagery “directed against antifa (short for anti-fascist),” which the ADL innocuously describes as a “the loosely-organized left-wing and anarchist anti-racist movement.”

So ADL has a clear double standard: left wing groups can behave with extreme prejudice towards those they wish to scapegoat, but right wing groups are not allowed to critique them in return. The ADL wrote in that same entry that “a significant portion” of white supremacist hatred “is directed against the political left, including both the mainstream and far left.” 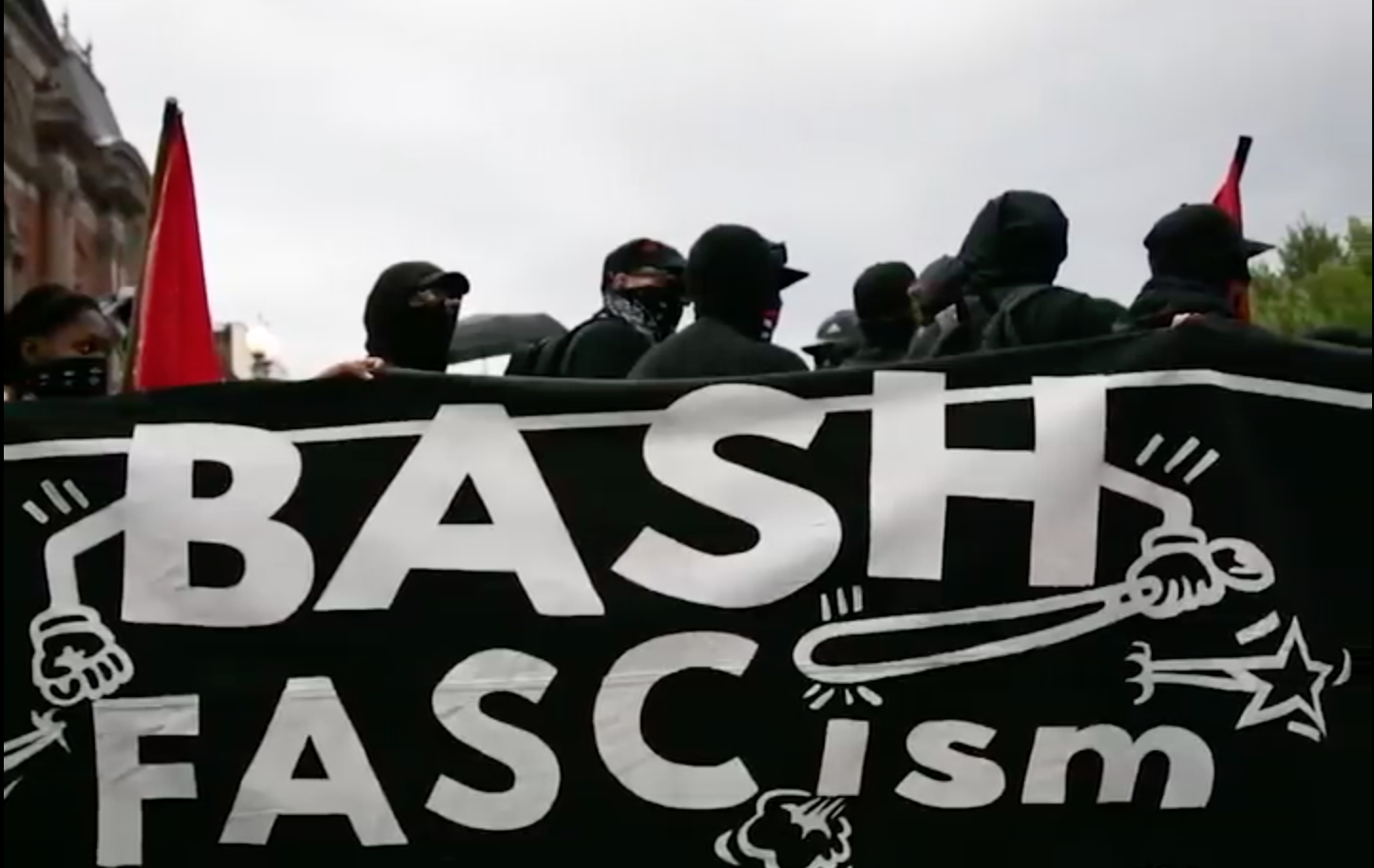 It cited memes about “free helicopter rides” for leftists, “a reference to the tactic used by right-wing dictatorships in Argentina and Chile of throwing left-wing critics of the regime from helicopters.”

The ADL fails to mention the popularization of the leftists’ memes such as “punch nazis” which often translates to “punch people who I have deemed as having unacceptable opinions.”

In other parts of the ADL’s website, the facts are somewhat more honest about why right wing people are against Antifa, admitting that “Antifa reject racism but use unacceptable tactics.”

“While some antifa use their fists, other violent tactics include throwing projectiles, including bricks, crowbars, homemade slingshots, metal chains, water bottles, and balloons filled with urine and feces.”

In addition, it observed that Antifa protestors “also engage in ‘doxxing,’ exposing their adversaries’ identities, addresses, jobs and other private information.” This can then lead to their opposition “being harassed or losing their jobs, among other consequences.”

In November 2018, a small crowd of Antifa activists rallied outside his D.C. residence of Fox News host Tucker Carlson chanting phrases such as “Tucker Carlson, we will fight. We know where you sleep at night!”

As USA Today wrote, Carlson said that far left activists broke his door. The security video caught one of the activists mentioning a pipe bomb. Carlson’s wife Suzie who was at home by herself that evening, locked herself into a pantry and called police.

In 2019 a man named Willem Van Spronsen was killed by police officers after he attacked an ICE facility. According to Fox News he “sent a manifesto to friends the day before the assault in which he wrote ‘I am Antifa,’ and was being lionized by members of the leftwing group as a ‘martyr.’” Fox News claimed that Spronsen had been armed “a rifle and incendiary devices” when he assaulted the Northwest Detention Center in Tacoma in the early morning.

Spronsen was mourned by left wing groups. Seattle Antifascist Action him as a “comrade” who had stood against "the fascist detention center in Tacoma" and "became a martyr” in the “struggle against fascism."