Rep. Dan Crenshaw (R-TX) warned Big Tech companies and his Democratic counterparts Wednesday that free speech is a fundamental value, and losing it will “tear us apart.”

Crenshaw was commenting during the June 26 hearing (viewable at 1:33:20) before the House Homeland Security Committee. Representatives from Google, Facebook, and Twitter testified over how social media companies handle terror-related content as well as misinformation and hate speech.

Crenshaw observed that while eliminating direct calls for terror and violence on social media is fine, it rarely stops there. “It doesn’t stop at the clear cut lines of terrorist videos and terrorist propaganda,” he said. “It goes down the slippery slope of what speech is appropriate for your platform and the vague standards that you employ in order to decide what is appropriate.”

As Crenshaw’s time drew to a close, he worried about America’s grim, and possibly split future.
“If we don't share the values of free speech, I’m not sure where we go from here,” he said. 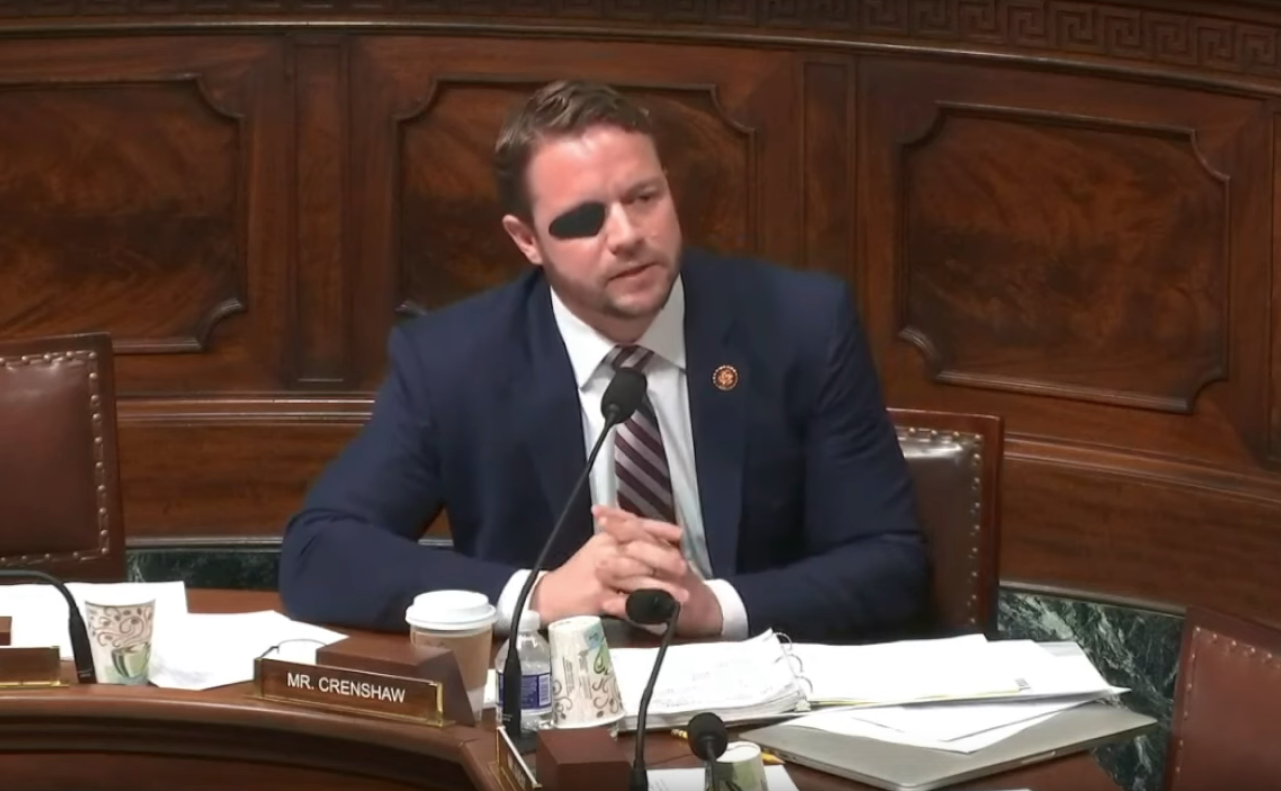 “This practice of silencing millions and millions of people it will create wounds and divisions in this country that we cannot heal from.” Later he added, “If we continue down this path it will tear us apart.”

He hammered Big Tech representatives by stating, “you absolutely have an obligation to enforce american values and the First Amendment is an underpinning of american value that we should be protecting until the day we die.”

Crenshaw referred to recent Google leaks justifying conservative concerns over Big Tech bias, saying, “This is especially concerning given the recent news, in the recent leaked emails from Google, they show that labeling mainstream conservative media as ‘nazis’ is a premise upon which you operate. It’s not even a question according to those emails.”

Crenshaw brought his point home when he mentioned prominent conservatives who have been falsely labelled this way by Google employees in leaked emails. “Given that, Ben Shapiro, Jordan Peterson, Dennis Prager are ‘nazis,’ given that that’s a premise, what do we do about it?” He then observed, “two of three of these people are Jewish, very religious Jews, and yet you think they’re Nazis.”

He emphasized how disturbing this was by recalling how “three of these people had family members killed in the Holocaust.”

Crenshaw made the case that by labelling somebody a Nazi, one is arguably calling for public violence against them. “When you call somebody a nazi, you could make the argument that you’re inciting violence,” he said.

The congressman underscored the point, noting how America invaded Europe to battle the German Nazi regime in World War II. He argued that when one of the most powerful social media companies sees people they dislike as Nazis, that is a way of justifying depersoning and violence against them.

Crenshaw also asked the panel for a “quick definition of hate speech.”

One representative responded that notions of superiority, especially those based upon personal characteristics such as race or sexual orientation, are considered hate speech.

Interestingly enough, this was precisely the example cited by panelist and former ACLU president Nadine Strossen, who said that one person’s hate speech is another person’s sacred belief. This would qualify Biblical social teaching on sexuality as hate speech.

She critiqued the very idea of “hate speech,” commenting that “these ‘so-called’ standards are irreducibly subjective.” “What one person’s ‘hate speech,’” she said, “is another person’s cherished, loving speech.”

Strossen cited many countries in the Western world that are now prosecuting and convicting people for preaching from sacred texts and for hate speech against LGBTQ people. She explained that, while she disagrees with those beliefs, she defends people’s right to express them.