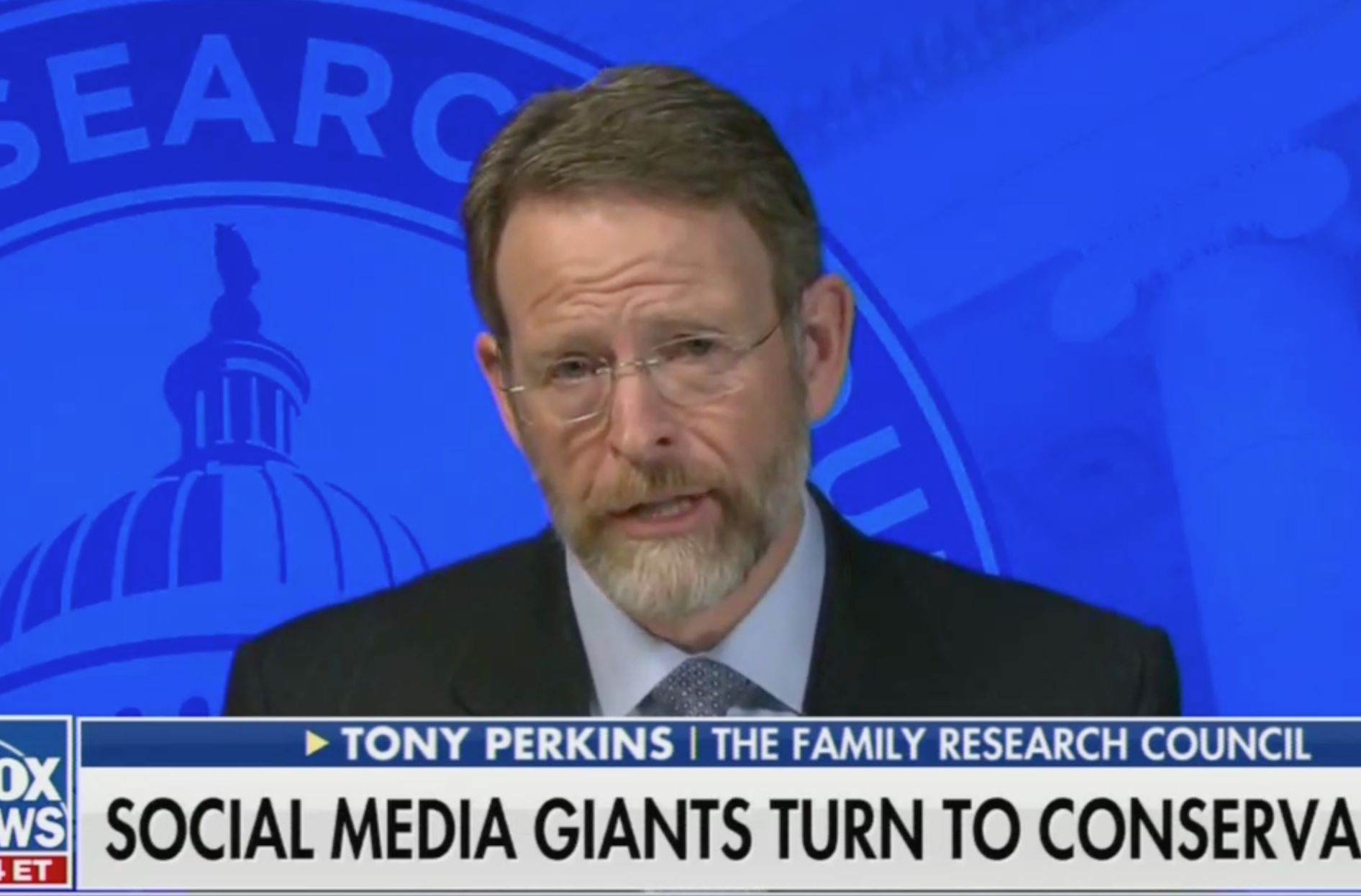 The Wall Street Journal claimed that there is a major collaboration between conservatives and Facebook. But an expert who was involved says this is exaggerated.

Facebook claimed it has been consulting conservatives for advice on how to police online content without drawing conservative accusations of censorship. Tony Perkins of the Family Research Council, whom Facebook claimed was a “consultant” was shocked, noting he felt “a bit surprised that I was described as consultant with Facebook… Now if you have a phone conversation you are a consultant. I've had one conversation with Facebook.”

The Wall Street Journal has claimed that Facebook is bringing in organizations from both sides of the political spectrum to referee political speech online. On the right, Facebook claims it’s seeking the advice of Perkins’ Family Research Council and Grover Norquist’s Americans for Tax Reform, while the Southern Poverty Law Center is advising from the left. However, after Perkins claims that reports of his involvement are greatly exaggerated, it's reasonable to worry the SPLC holds greater sway.

Facebook has been accused by both sides of making a show of consulting them for PR purposes. In this case Perkins noted that Facebook indeed has a censorship problem, citing the recent incident where Facebook censored iconic American pastor Franklin Graham for a post he wrote 2 years ago.

He said the problem seems to be accelerating, “Either they are failing to use the technology that they are promoting or there is an intent here to squelch conservative ideas and free flow of information.”

Perkins praised the Media Research Center’s exhaustive study, which verified conservatives’ legitimate concerns about Big Tech censorship. The situation is so dire, he said, that social media has ceased to be a “battleground for ideas” so much as a “war against conservative ideas.”

“Look, whether it's the telephone or the social media monopolies, the choking off of ideas and the exchange of information is not good for America.