Amazon CEO Jeff Bezos is stepping down and being replaced by the head of Amazon Web Services, which deplatformed Parler.

Bezos became the world’s second-richest man building Amazon from a small online bookseller into one of the world’s most valuable companies. He will transition to the role of executive chair during the third quarter of 2021, Deadline reported.

Andy Jassy, who has led the company’s Amazon Web Services (AWS) division, will reportedly take over as the company’s CEO. AWS is the division of Amazon that canceled services to the free-speech site Parler following the Jan. 6 riot in the U.S. Capitol building. That effectively removed Parler from the internet. 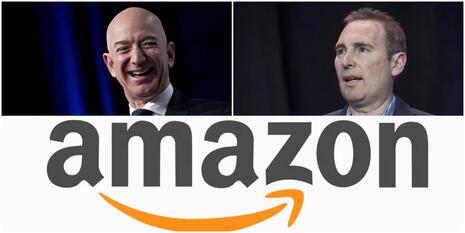 Bloomberg BusinessWeek tied Jassy directly to the removal in a January 11 article. “Once employees point out a more complicated issue, legal and security teams quickly become involved, and the decision to cut off customers like Parler always involves AWS Chief Executive Officer Andy Jassy,” the publication said it was told.

Jassy has been a part of AWS since its inception and reportedly helped grow AWS into a $40 billion business.

The announcement came as part of Amazon’s quarterly financial report for FY 2020, in which the company displayed what Deadline described as “spectacular financial results” for the fourth quarter. Included within the earnings report were additional comments from Bezos about his departure.

“If you do it right, a few years after a surprising invention, the new thing has become normal. People yawn. That yawn is the greatest compliment an inventor can receive,” Bezos said in the report. “When you look at our financial results, what you’re actually seeing are the long-run cumulative results of invention. Right now I see Amazon at its most inventive ever, making it an optimal time for this transition.”

In his remarks Bezos credited “invention” as the “root” of Amazon’s success. “I don’t know of another company with an invention track record as good as Amazon’s, and I believe we are at our most inventive right now,” Bezos said, according to Deadline.

Bezos also used his statement as an opportunity to tout Amazon’s success advocating for social issues like climate change and raising the minimum wage to $15 per hour.

“Amazon couldn’t be better positioned for the future. We are firing on all cylinders, just as the world needs us to,” he concluded.