YouTube thinks there is only one acceptable narrative on gender and sexuality — the leftist view. Discussions that question the narrative are “hate speech.”

YouTube deleted two gender-focused episodes of PragerU’s The Candace Owens Show. Owens discussed gender and sexuality topics such as the biology of sex and the use of gender pronouns during the podcast. YouTube removed the episodes because they violated the company’s hate speech policy.

The first episode that was removed included an interview with The Daily Wire commentator Michael J. Knowles defending traditional gender differences. He argued that people who deny the inherent differences between men and women are not in tune with “basic reality,” during the July 14, 2019, episode.

“YouTube just deleted my 16-month-old interview on the @realCandaceO show for ‘hate speech,’” Knowles said on Twitter, “presumably because I mention in our conversation that men are not women.” 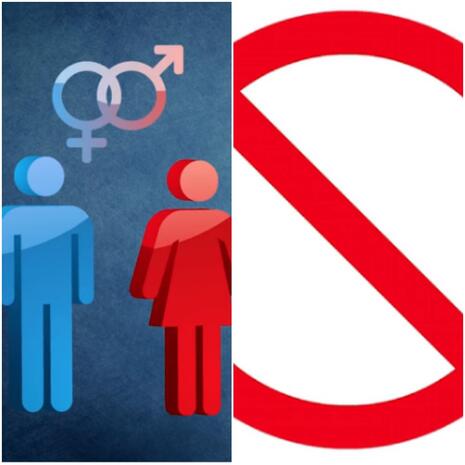 “I honestly cannot even believe how absolutely batshit woke you have to be to believe basic truth to be ‘hate speech,’” said Owens in a tweet.

YouTube then deleted another episode with author and Wall Street Journal contributor Abigail Shrier shortly after the takedown of that episode. Shrier wrote Irreversible Damage, about gender dysphoria and the impact that the transgender movement has had on impressionable youth. Shrier’s book is not a scathing condemnation of transgender individuals, but rather a discussion about the lifelong effects of serious medical interventions that she says are occurring “too fast with too little oversight.” Attempts to suppress the book have been rampant.

YouTube’s policy against hate speech includes, “content promoting violence or hatred against individuals or groups” based on a list of 13 protected attributes. Three of those protected attributes include “gender identity and expression,” “sex/gender” and “sexual orientation.” The platform “may allow content that includes hate speech if the primary purpose is educational, documentary, scientific, or artistic in nature,” according to its policy.

However, based on YouTube’s actions, the platform has definitively identified these episodes as examples of unallowable hate speech. The platform even has measures to suppress content that “comes close to hate speech,” but felt these episodes were egregious enough to warrant complete and total deletion from its platform.

Conservatives are under attack. Contact YouTube at (650) 623-4000, or via Facebook or Twitter, or by mail at 1600 Amphitheatre Pkwy Mountain View, CA, 94043, and demand that the platform provide equal footing for conservatives. Companies need to make equal room for conservative groups as advisers to offset this bias. That same attitude should be applied to employment diversity efforts. Tech companies need to embrace viewpoint diversity. If you have been censored, contact us at the Media Research Center contact form, and help us hold Big Tech accountable.