Speaking at Drake University in Iowa on Thursday, Vice President Joe Biden was running through a list of dignitaries that were there for his remarks and referred to former Iowa Democratic Representative Neal Smith as his “old butt buddy” and told Smith that “I miss you man.”

On Thursday night, the major networks ignored the story and didn’t even dedicate one of its lighthearted news briefs to it (as the networks often do in the second half of their programs).

Bloomberg’s With All Due Respect ended its Thursday show by having a laugh over Biden’s latest tongue slip with co-host John Heilemann remarking that “things got awkward when Joe Biden stumbled over his words, because, you know, that’s never happened before.”

Here’s how the Daily Mail put it in an article late Thursday afternoon:

Did Vice President Joe Biden call a former congressman his 'butt buddy' during a speech in Iowa this afternoon?

Biden, known for making inappropriate slips of the tongue, appeared on Thursday to refer to a former Iowa lawmaker Neal Smith his 'butt buddy' while making remarks at Drake University.

Butt buddy is a term that can mean two close friends who are considered inseparable. But it also has homosexual connotations.

While it is quite often fun okay to have a good laugh at something a public figure says from time to time, one has to wonder if the mentions or coverage would be the same if former Republican Vice Presidents Dan Quayle or Dick Cheney made such a reference to a friend of theirs.

The relevant portions of the transcript from Bloomberg’s With All Due Respect on February 12 can be found below. 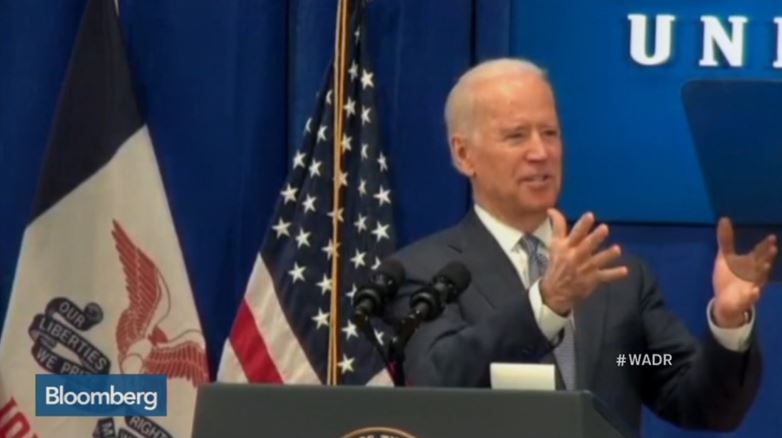 JOHN HEILEMANN: Today, things got awkward when Joe Biden stumbled over his words, because, you know, that’s never happened before.

VICE PRESIDENT JOE BIDEN: Neil Smith, an old butt buddy, are you here? Neil, I miss you, man. [AUDIENCE LAUGHS] I miss you.