WashPost Editorial Board Tears Into Obama’s Move on Cuba; ‘an Undeserved Bailout’ 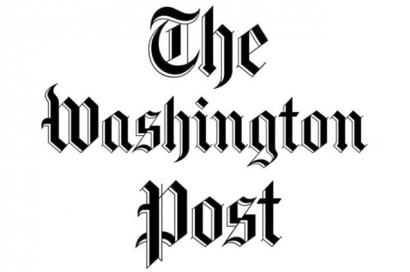 In the lead editorial for Thursday’s paper, The Washington Post blasted President Barack Obama’s decision to move toward normalized relations with the communist regime in Cuba as “naive” in awarding “an undeserved bailout” and “new lease on life” to “a 50-year-old failed regime.”

From start to finish, the 624 word editorial (according to wordcounter.net) took the President’s rationale point by point, refuting each of them and highlighting the brutal regime’s track record. It began by noting how, recently, “the outlook for the Castro regime in Cuba was growing steadily darker” as “[t]he modest reforms it adopted in recent years to improve abysmal economic conditions had stalled, due to the regime’s refusal to allow Cubans greater freedoms.”

With this backdrop, the Post then brought in what the President did on Wednesday and thoroughly slammed it [emphasis mine]:

On Wednesday, the Castros suddenly obtained a comprehensive bailout — from the Obama administration. President Obama granted the regime everything on its wish list that was within his power to grant; a full lifting of the trade embargo requires congressional action. Full diplomatic relations will be established, Cuba’s place on the list of terrorism sponsors reviewed and restrictions lifted on U.S. investment and most travel to Cuba. That liberalization will provide Havana with a fresh source of desperately needed hard currency and eliminate U.S. leverage for political reforms.

The newspaper then summarized the decision by the Cubans to release U.S. Agency for International Development (USAID) contractor Alan Gross, who had been held in prison there for years and opined that the regime “obtained exactly what it sought when it made Mr. Gross a de facto hostage.”

Additionally, the editorial brought to light a perspective that the broadcast networks failed to do during their coverage in the form of a dissenting voice from Cuba. It quoted Cuban dissident blogger Yoani Sánchez, who said that “Castroism has won” and predicted that Presiden Raul Castro will spend the near future telling Cubans that they are the “winner of its ultimate battle.”

The WashPost editorial board noted that while “the embargo has not succeeded” in removing the communist regime, it nonetheless “does not explain why all sanctions should be lifted without any meaningful political concessions by Cuba.”

In the second half of the editorial, it went all-out in excoriating the President’s decision [again, emphasis mine]:

The administration says its move will transform relations with Latin America, but that is naive. Countries that previously demanded an end to U.S. sanctions on Cuba will not now look to Havana for reforms; instead, they will press the Obama administration not to sanction Venezuela. Mr. Obama says normalizing relations will allow the United States to be more effective in promoting political change in Cuba. That is contrary to U.S. experience with Communist regimes such as Vietnam, where normalization has led to no improvements on human rights in two decades. Moreover, nothing in Mr. Obama’s record of lukewarm and inconstant support for democratic change across the globe can give Ms. Sánchez and her fellow freedom fighters confidence in this promise.

The Vietnam outcome is what the Castros are counting on: a flood of U.S. tourists and business investment that will allow the regime to maintain its totalitarian system indefinitely. Mr. Obama may claim that he has dismantled a 50-year-old failed policy; what he has really done is give a 50-year-old failed regime a new lease on life.