It seems like it would be common sense to separate the men and women at a prison, where the criminals are kept. But apparently, the UK just got that memo, as it is now barring transgender men who identify as women from real women’s prisons, as reported by The Daily Mail August 6.

This is in response to sex scandals coming to light in UK prisons, where convicted sex offender Stephen Wood, (trans name is Karen White) sexually assaulted two women while being held in New Hall Jail in Wakefield, according to The Mail. Another incident involved a transgender murderer serving time being caught having sex with a female prisoner after consuming jail-brewed alcohol. 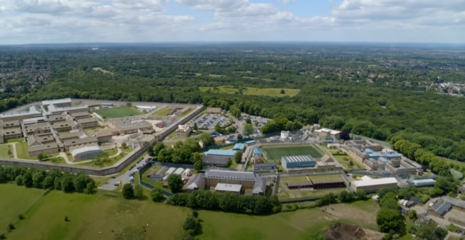 Justice Secretary Dominic Haab plans to adopt a stance where, “Ministers have to sign off any move to a women’s prison of a male-bodied inmate who self identifies as a woman,” and “The Government would also have the power to order the removal of transgender prisoners from jails.”

It’s quite amazing that it took the UK so long to realize that putting dangerous men inside women’s prisons was a bad idea. Who would have thought?

A whistleblower at Bronzefield, the UK’s largest women’s prison, said that “Every time there is a transgender male to female with a male organ brought into the prison, the female prisoners are extremely uncomfortable and upset. But the women prisoners don’t feel they can complain because they think nothing will be done,” per The Mail.

The whistleblower reported that “the killer had allegedly been overheard saying, 'I’m going to f*** you’ to one prisoner, and, on another occasion, said: ‘I love p**** – why would I want to be in a man’s prison?’”

So the UK has been enabling sex offenders to continue their degenerate habits by affirming the woke conception of gender. Words cannot describe the evil they have allowed in the name of transgenderism.

The women there are criminals, but do they then deserve the very real possibility of rape and sexual assault because of woke bureaucrats hellbent on redefining gender?

The policy is set to go into effect “Once confirmed by the new Government in September,” said The Mail. And good on them. Now if only Americans would learn.