The Dobbs verdict has given hope to the unborn and incited rage from leftists obsessed with baby murder. Even better, the businesses facilitating the slaughter of the unborn are being shuttered at astonishing rates, as a new report by the pro-abortion Guttmacher Institute shows that 60 percent of clinics have shuttered in 11 states since the overturning of Roe, as reported by the Washington Stand on August 1.

The report states that in Alabama, Arkansas, Mississippi, Missouri, Oklahoma, South Dakota, and Texas, “these seven states accounted for 80,500 abortions, or an average of about 6,700 abortions each month.” Additionally, Georgia, Ohio, South Carolina, and Tennessee all have banned abortion past six weeks, according to the Stand.

According to the Stand, “Prior to Dobbs, there were 71 clinics providing abortions cumulatively in these states. Since the SCOTUS ruling, this number has decreased by 60%, with only 28 clinics performing abortions.”

Good riddance. Now, make that number 0 nationwide, and our nation can finally celebrate the miracle of life together as one if the left can stop its worship of eugenics-loving Planned Parenthood. 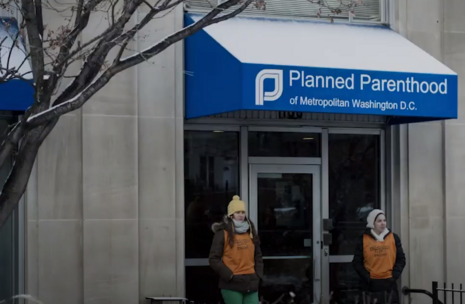 Joy Stockbauer, a policy analyst for the Family Research Council’s Center for Human Dignity, said to the Stand regarding the study, “We know that the abortion industry seeks out neighborhoods and communities of underprivileged Americans, including minority and impoverished populations, so removing abortion facilities is an important step to ending this discriminatory targeting.”

Misinformation regarding ectopic pregnancy, miscarriages, and other life-threatening conditions has been propagating online in the wake of Roe. Nicole Wilson, executive director of Charlotte Lozier Institute, told the Stand, “Now that Big Abortion’s ability to profit has been limited in several states, we are seeing abortion centers closing their doors, despite the industry claiming for years that these facilities provided essential women’s health services.”

Now Pregnancy Resource Centers can get back to doing what they do best: aiding women through pregnancies and cultivating a love for life by ensuring a safe birth and a happy child to take home.

That is if they still exist after the anarchist left is done burning every one of them down in petulant rage.

We might just live in an America that respects human life yet. The fight for the dignity of all human beings now, and patriots have a long road ahead to secure the morality of the nation.