It’s always high comedy when the left realizes the oligarch overlords of the United States aren’t always batting for their team, even if they usually are. Liberal Journalist James Factora was livid that the degenerate music festival Coachella has a parent company that donates to conservative causes, as she wrote for Them and republished to Teen Vogue July 26.

The Anschutz Corporation is the force behind Coachella, Stagecoach, and Firefly music festivals. But the company also donated $75,000 to the Republican Attorneys General Association (RAGA) after the overturn of Roe, per Rolling Stone. Needless to say, Factora is not a happy liberal, given that RAGA is meant to keep republican AGs in office. 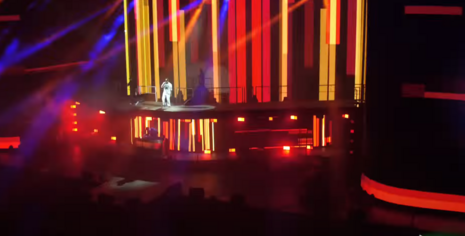 Gaia forbid. A company donating to non-left wing causes? What will the left do without unanimous corporate backing?

Coachella might be empty next year if it’s clientele decide to boycott.

The Anschutz Corporation released a statement saying the CEO Philip Anschutz, “believes in a woman’s right to choose and did not support the reversal of Roe,” and that “Neither The Anschutz Corporation (TAC), or Mr. Anschutz, received, saw or was aware of a Republican Attorneys General Association (RAGA) fundraising solicitation based on the reversal of Roe v. Wade,” and their donation was not, “based upon, informed by, or motivated by any RAGA position on Roe or abortion.”

RAGAs position on abortion is strong, with 24 of 26 AGs backing Mississippi AG Lynn Fitch in an amicus brief, who had a hand in the strategy to deliver a victory for life in the Dobbs case, according to the article. Regardless of the company’s statement, liberals won’t have any dissenting support for conservatism. The powers that be must align with the liberal agenda, or else.