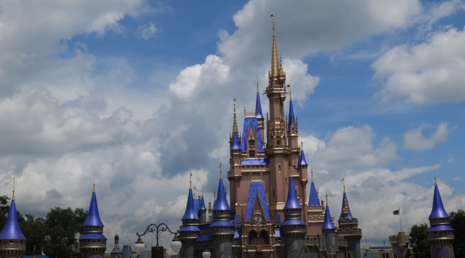 No corporation loves shilling liberal propaganda and LGBT ideology to the masses more than the illustrious Disney. Even better if it can use the Disney Channel, since it targets pre-teens and children for indoctrination. Recently, episode writer Nori Reed celebrated that she wrote Disney Channel’s first live action trans character into the show Raven’s Home, as reported by Teen Vogue July 13.

The character is named Nikki, who is an influencer in the show and is set to be played by trans actor (“actress”) Juliana Joel, according to Teen Vogue. The episode is titled “The Fierce Awakens” (sigh) and premiered on Friday July 8. Joel and Reed both took to Instagram to celebrate their momentous “achievement” that was “a dream come true.”

Reed was shouting for joy in her Instagram post, saying, “I cannot fully articulate what it means to me personally that now a young queer person in rural America can pop on the Disney Channel and witness a funny, nuanced trans character that they can relate to,” and “I pray in my heart that they hear the very clear message: You belong in this world and are included.”

If she’s praying, it’s certainly not to the loving and eternal God. That much is evident.

Juliana Joel echoed the joyous sentiment, saying “Needless to say I cried in my dressing room after walking onto that set the first time. It was a moment where it hit me that I not only get to live out my childhood dream on a version of my favorite show … I get to do it as my authentic self and with a character that is openly trans.”

Yippie. Trans characters on a channel geared to impressionable children. The real reason to cry is that kids will be inundated with yet more LGBT propaganda and potentially distort their individuation as they grow older.

Teen Vogue made sure to throw their undying support being transgender kids, saying “Regardless, we’re of the opinion that the more trans characters in kids’ TV, the merrier.”

Disney and the powers that be are clear: they want your kid to question their gender. If the character on the TV screen can become a different gender, to a child, why can’t they?