Crisis Pregnancy Centers have been the targets of many vicious attacks since the leaked draft and subsequent overturning of Roe V. Wade. Now Elizabeth Warren (D-MA) wants to throw her proverbial molotov through the window of CPCs, saying that lawmakers need to “crack down on crisis pregnancy centers that masquerade as legitimate providers in a post-Roe era,” according to MassLive on June 29.

Crisis Pregnancy Centers provide services for pregnant women, such as counseling, child care resources, and referrals for adoption if a baby is unwanted in place of an abortion. Recently, they’ve been smeared as “deceptive outfits” by Warren and have been targeted by far-left terror from radical groups such as “Jane’s Revenge.”

Masslive reports that since Massachusetts is not becoming “a hub for reproductive healthcare,” Warren has advocated for crackdowns on CPCs nationwide so that more people would kill their baby instead of, Heaven forbid, treat them like a human being. Warren said, “The idea that centers have grown up to prey on people who are pregnant and vulnerable and seeking help is fundamentally wrong. We should stop it nationwide.” 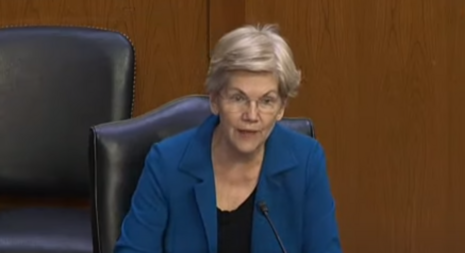 Warren said during a press conference on June 29 that “we might move more aggressively to make sure that someone doesn’t face that bait and switch that could be traumatic at a time that that person is already under stress.” She met with Senator Ed Markey (D-MA) and other “reproductive healthcare advocates” privately after the press conference. Who knows what they’ll cook up to preserve the “right” to child murder.

Markey went on a rant that would make the likes of Alyssa Milano proud for its buzzword usage, saying “This is a patriarchal, misogynist, xenophobic manifestation of a radical ring wing extremist vision of the United States of America,” and “It’s very simple: Abortion is health care and health care is a human right,” according to Masslive.

These people will go to any lengths to make sure people are still able to kill their babies. It is clear liberals plan to continue the atrocity of child murder for as long as they want and shut down any organization that dares to champion the sanctity of life as a right to all.