'Leverage: Redemption' Shines a Light on Adoption as a Positive 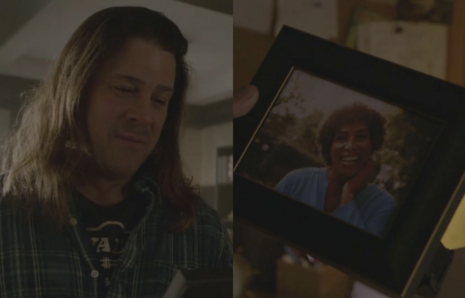 The show Leverage: Redemption is the long awaited revival of the modern day Robin Hood crew from executive producer Dean Devlin’s Leverage. While there are some liberal biases, it’s nice to see when conservative values are not only demonstrated but celebrated, such as adoption.

In the sixth episode of season two, "The Fractured Job," fan-favorite character Eliot Spencer (Christian Kane) returns home to talk to his father about something. The Leverage Crew joins the hitter, Eliot, and meets his father, Billy Spencer (Keith David). It’s here where the audience learns that Eliot is actually adopted and has no blood ties with anyone he might call family.

Eliot: What about my father?

Briana: You know that you are…that your father is uh, uh…

Hardison: Bruh! You never told me?

Eliot: Never told you what? That I’m adopted? I’m adopted! It’s not that big a deal! My mother worked at the hospital where they…dropped me off. She brought me home and they adopted me!

This revelation seems to shock most of the leverage crew for multiple reasons. The first is that in the original series fellow team members Parker and Hardison become privy to some of the hardest parts of Eliot’s life, but never to his family. Even by the end of the original series, the three of them end up as close as siblings, which means that even between the end of the original series back in 2012 and the start of the revival in 2021, the characters are unaware that Eliot was adopted by a black family. Hardison, arguably Eliot’s best friend, who is also black felt a little insulted that he didn’t know all this time. Eliot, of course, doesn’t see this as a big deal as it's his version of normal as his parents loved and raised him, despite the episode being about Eliot repairing his relationship with his father.

Where some viewers may see this as racist, it's actually more endearing. Many characters in modern television try to defend whether or not they are racist by usually saying the phrase “I don’t see race.” However, Eliot - to the contrary - doesn’t say anything like that. Instead, he demonstrates how much he loves his parents when he looks at photos of the two of them. He doesn’t care about what their race is, he just sees the compassionate people who raised him. To Eliot, people are family, not because they are related to him, but because of how much they care about them.

Overall, this episode shows that you can show something that isn’t seen as much on television. Adoption is just another form of love between family members, and having Eliot be another adopted character is a nice touch for Leverage: Redemption.