‘South Park' Asks 'What Would Al Gore Do?' to Stop Global Warming 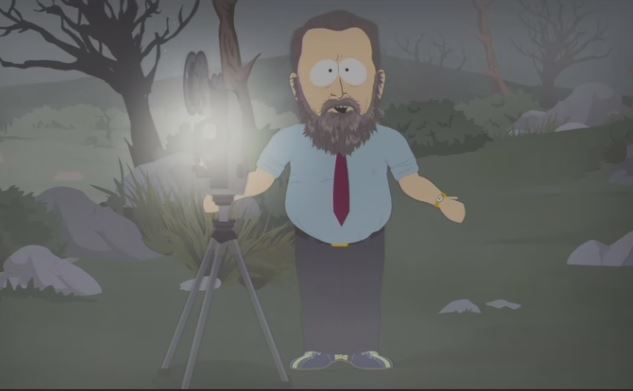 For the second week in a row, South Park brought back their Al Gore character to push the climate change narrative. In season 22 episode seven, titled “Nobody got Cereal?” which aired on Wednesday night, Gore and Satan are heroes in the fight against global warming.

Although the show initially mocked Gore in 2006, things changed last week when they professed, “Al Gore was right” about ManBearPig (an obvious metaphor for climate change).

For the second straight week, the ManBearPig demon from Hell wreaks havoc on the town of South Park, killing citizens, setting fires, and destroying roads. The town does not know how to solve the problem. When Stan, Kyle, Kenny, Cartman and Satan go to their newfound savior Al Gore for answers, he does not really provide them with any, either.

-- Al Gore: You cannot give up hope. I brought you all together because I believe in you.

-- Al Gore: And sometimes, believing is all that we need to be cereal.

-- Cartman: What are you doing?

-- Satan: You don't understand. There is no fight. A deal was made. We do not know by whom. But this demon has grown stronger, and no mortal can do anything to stop him.

-- Cartman: No mortal, but what about you?

-- Satan: Why would I help mankind?

-- Cartman: Satan, come on. Are you really gonna stand there and not say you appreciate all the nice things humans have done for you lately? I mean, not sure if you've noticed, but we're pretty much doing things your way up here.

-- Satan: I...must admit, people up here on Earth have been doing a lot of my work for me lately. Maybe...maybe it is time I did something for them.

Satan fights, but ultimately is killed by, ManBearPig, then floats up to Heaven.

The show continued to push the climate change narrative, but they, at least, still had no issue making fun of Al Gore for some of what he has done in the past. After all, Gore made millions of dollars from the documentaries An Inconvenient Truth and An Inconvenient Sequel: A Truth to Power. However, many of his climate change predictions over the years have fallen flat.

Still, the show seemed to defend Gore’s overall premise even if they like making fun of him in particular. One example of them doing this is blaming older generations for ManBearPig. Stan found out that Grampa Marsh was responsible for making a deal with ManBearPig in exchange for keeping cars and ice cream. Grampa Marsh told Stan, “We were all young and foolish back then, Billy [sic]. We didn't think about the future. We just wanted things. This creature shows up, and it seemed like a good deal, for everyone in town.”

Of course, this fits the left-wing narrative that inaction on climate change has doomed the earth because we don’t all drive Toyota Priuses - or haven't given up cars completely. Global warming advocates want more control over people’s lives. They want us to eat less dairy and meat, not use air conditioning in the summer, and to not use gasoline powered cars.

Not only did the show attack the older generations, but they went after people who are not currently panicking over climate change despite supposed evidence all around us. During a town symposium on ManBearPig, one man posits, "I'm pretty sure there's a ManBearPig. And I'm fairly certain that he has eaten two of my children and destroyed our home," but then asks, "When should I start to worry?" Another man in the crowd responded to this by saying, “I think that the time to start worrying is coming. I don't know if I believe in ManBearPig or not, but I do know that I'm open to the idea of starting to worry.“

Since this was clear satire, it makes the show’s narrative clear: they now believe global warming is real and think everyone should worry. As to what actions people can take to stop climate change aka MeanBearPig, Gore can only offer platitudes like, "You must still work together" and "You cannot lose hope!"

At the end, they offer to give back cars and ice cream, the original deal ManBearPig offered generations ago, but now ManBearPig demands humans give up soy sauce and Red Dead Redemption 2, which they won't abide. Once again, a deal is made to kick the can down the road. They are told, "And sign here that ManBearPig has rights to the lives of all children in third world countries. And you agree to ignore ManBearPig until he returns in five years, in which time the carnage will be a thousand fold."

Politically, it is hard to tell where South Park is going to line up on a weekly basis but now, the show’s creators--Trey Parker and Matt Stone--have made their environmental views more than clear.