On Thursday, at the World Summit for the Defense of Persecuted Christians, Sen. James Lankford (R-OK) warned of the growing threat to religious liberty worldwide and the lack of government and media action taken to confront it.

Hosted by The Billy Graham Evangelistic Association, Lankford joined global politicians, faith leaders and victims of persecution in the first-ever international summit to address the most pressing issues facing Christians abroad. In a press conference, the senator stressed the importance of awareness, calling the media’s reticence to use the word genocide “very disheartening.”

Many Americans, he noted, do not understand the global extent of anti-Christian discrimination and violence.

“We sometimes make assumptions that the rest of the world sees religious liberty like we do,” he explained. “They do not.”

“Most of the rest of the world oppresses people of faith,” he continued. “If you don’t have the chosen faith of the government, then they’ll silence you in whatever ways they can.”

Addressing his new Senate resolution, filed May 11, Lankford explained that he and co-sponsor Sen. Chris Coons (D-DE) are “trying to highlight” the fact that international religious freedom is an “issue of human dignity and basic human rights.”

The resolution affirms the importance of a proactive approach toward promoting religious freedom worldwide and outlines, among others, the following goals:

Lankford further noted that the U.S. State Department has power to enforce change, although it has not used all the tools in its arsenal. 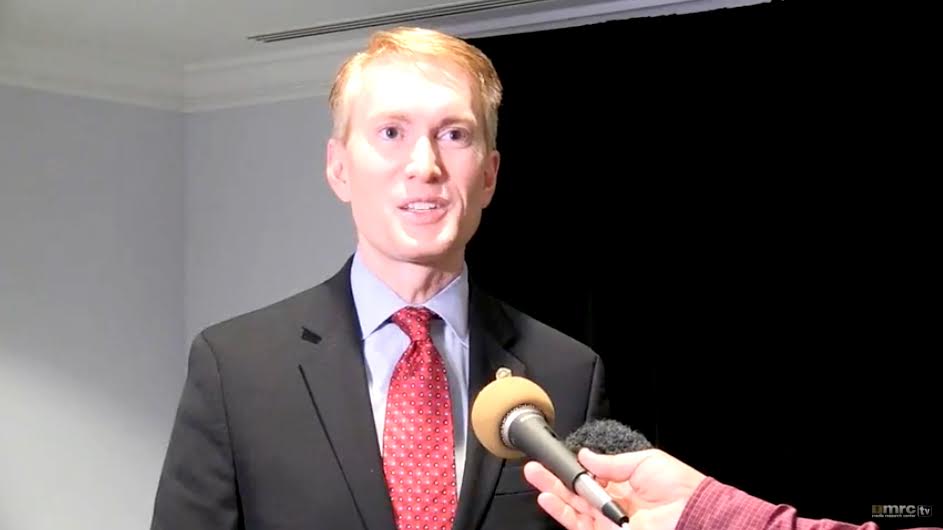 “The administration has sanctions authority for individuals that are violators of human rights and dignities,” he stressed. “We should use those tools.”

“Two years ago ISIS was designated as carrying out genocide in Syria [against] Christians, Yazidis and Shia Muslims,” Lankford continued. “No action was taken based on that. If they’re victims of genocide we can’t just designate that ... but we’re not trying to take action.”

MRC Culture asked Lankford why the media have been reticent to use the word “genocide.”

“It’s been very disheartening in many ways,” he replied, citing non-partisan research showing that Christians face the most intense persecution of any faith group. “There is a serious movement that’s happening worldwide … We’re losing ground.”

“The latest research that’s out there is actually showing that we’re having a greater amount of religious persecution worldwide this last year than we had even the year before,” he stressed. “And so it’s a growing issue for us and we want to be able to highlight it.”

The politicians are not alone in their concerns. Research groups have called attention to additional statistics concerning Christian genocide. Last month, a study by the Center for Studies on New Religions found that Christians are the “most persecuted group in the world” with “as many as 600 million” who were “prevented from practicing their faith” in 2016.

The broadcast network news shows from ABC, CBS and NBC boast a history of avoiding the term “genocide.”

All this as even the U.S. government acknowledges a genocide by ISIS.

Last year, Secretary of State John Kerry declared that, “in my judgment, Daesh is responsible for genocide against groups in areas under its control, including Yazidis, Christians, and Shia Muslims.”