Controversial race figure Rachel Dolezal is back in the news.

After her fall from grace, the self-described “trans-racial” professor and former NAACP chapter president is now out with an autobiography about her saga. And in following interviews, she continues to exasperate even the liberal media by comparing gender with race. 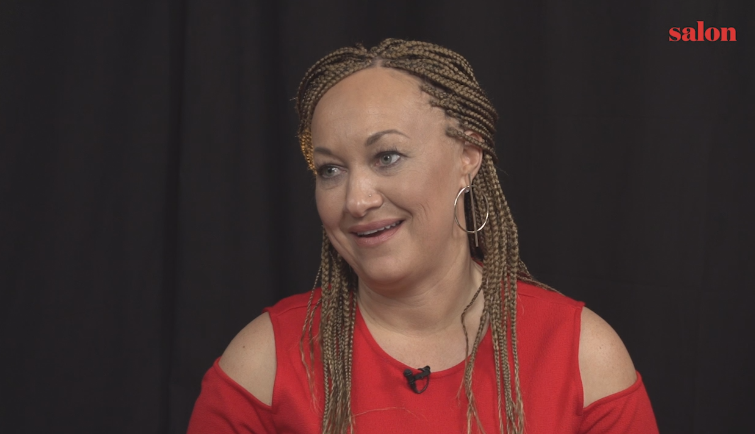 Just days after her book’s release, in a March 31 interview with Salon contributing editor Alli Joseph, Dolezal recalled that her story of identifying as a black woman broke around the same time as Caitlyn Jenner’s “transition.” Dolezal complained that race wasn’t accepted like gender in America.

“There’s more acceptance for gender fluidity than there is racial fluidity right now,” she insisted. “There was a time when we did call transgender or even gay and bisexual people crazy.”

“Maybe we will evolve and grow and racial fluidity will become a thing in 20 years,” Dolezal continued. “I don’t know. It’s not really up to me… I do hope inclusivity does expand to all people of all stripes.”

Many besides Dolezal have compared racial and gender fluidity. In an April 1 CNN segment, host Michael Smerconish told her: “I was thinking Caitlyn Jenner as I read the book. Is there an analogous situation here?”

When the story broke in 2015, The View co-hosts Whoopi Goldberg and Raven Simone made similar comments. “This girl feels that she believes she’s black … and you know, I have to believe she feels the way she feels, just like Caitlyn Jenner feels like she’s a woman … If someone feels they're this they have every right to pursue it.”

But many outraged liberals would disagree.

But worse than that, Allen argued, is that “voices on the right are wielding Dolezal’s story as a trump card to try to delegitimize and denigrate transgender identity.”

“Dolezal’s flawed comparisons of race and gender are the epitome of white privilege,” she wrote. “There is no separating yourself from the systems that created you. But here’s Dolezal insisting she’s got it harder than everyone else and pleading with us to accept her deception as courage. It’s not. And we won’t.”

Upworthy writer Parker Molloy went further and flat out declared, “[Race fluidity] is not a thing.”

But it will be soon, if Dolezal has her way.