The LGBT community has some big-time tech support. 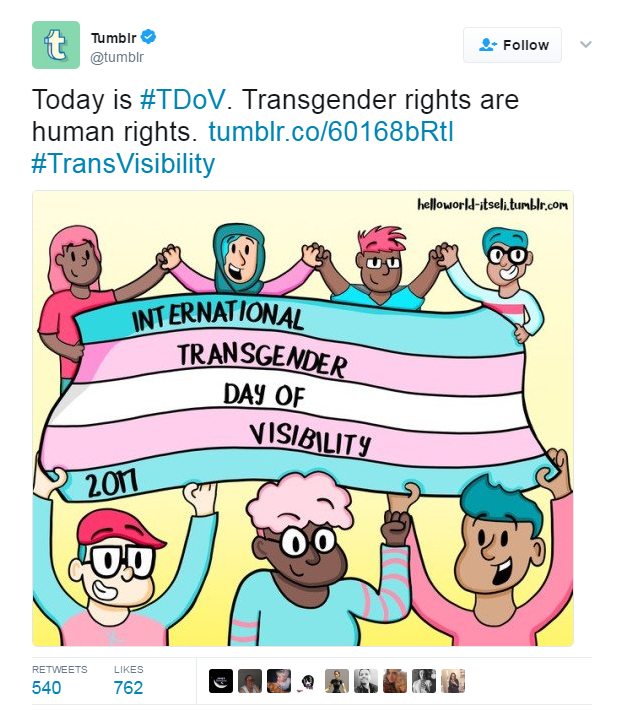 On the heels of North Carolina’s contentious HB2 repeal, transgender folks came out in full force for their special Day of Visibility (TDoV). And social media giants Twitter, YouTube and Tumblr - known for their support of progressive causes - were right there with them.

Twitter highlighted the day on its curated “Twitter Moments” feed, while the hashtag “#TDoV” trended. “On #tdov it’s important for cisgender people to consider how best to be a trans ally.”

YouTube highlighted trans icon Gigi Gorgeous, whose recent documentary This is Everything can be viewed through YouTube’s paid video platform. “This #TDOV we want to thank the one-and-only @TheGigiGorgeous for sharing her incredible & inspiring journey with us. #ThisIsEverything,” the video sharing platform tweeted. 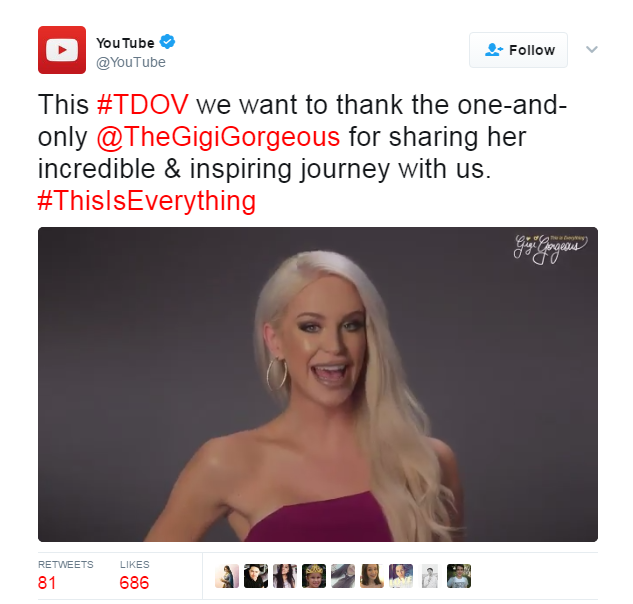 “As an out, visible, black, transgender woman everyday is #TransDayOfVisibility for me,” tweeted Orange Is the New Black actor Laverne Cox. Jazz Jennings, star of I Am Jazz, commented: “Stand strong, be proud, & embrace the unique qualities that your character comprises of. I love my community & may our voices be heard! #TDOV.”

Joanna Johnson, a lesbian actress and co-producer of Freeform’s LGBT-focused The Fosters also weighed in: “Everyone it’s #TransVisibility day! Big shout out to our trans brothers and sisters with all our love and support @TheFostersTV.”

The official Women’s March Instagram account posted a picture of the transgender pride flag with the bold words: “Trans women are women (this is not up for debate).”

Planned Parenthood also joined in solidarity, tweeting: “Trans rights are human rights. We must resist all attacks on trans and gender non-conforming people.”