DC-based artist Cass Clemmer wants to destigmatize periods. But, in the process, she wants to “de-gender” them as well.

Growing up in the Democratic Republic of the Congo, Clemmer hit puberty in a society that kept mum about menstruation and the biology behind it. Because of her personal experience, she sought to stop that silence, while also shining a light on the transgender men who get periods too. 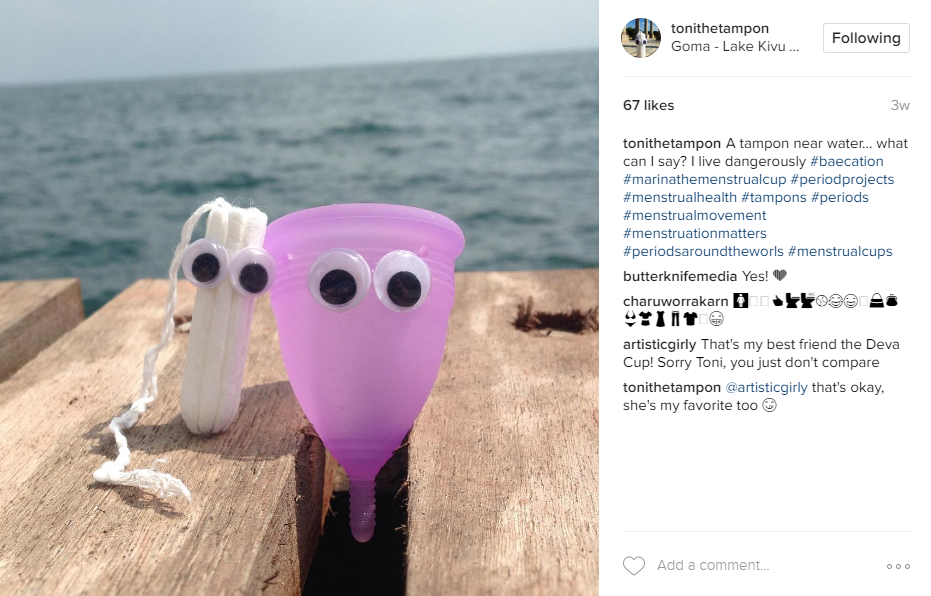 To achieve that goal, she created the character “Toni” — a literal tampon with googly eyes — and started posting photos of it to her Instagram account. The project soon developed into a coloring book. Called The Adventures of Toni the Tampon, the book has a full range of feminine product characters, including Marina the Menstrual Cup, Patrice the Pad and Sebastian the Sponge.

But wait. “Feminine products” is the wrong term. That’s exclusive.

As Mashable’s Katie Dupere reminded her readers: “Sebastian the Sponge is a man. And yes, men do get periods.”

As it turns out, Clemmer intentionally chose a gender-ambiguous name for her book’s protagonist, as a way to “affirm all menstruators.” 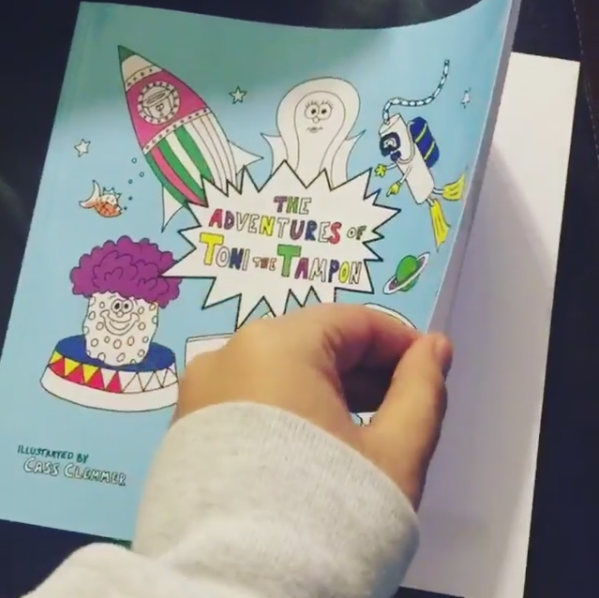 Although the artist recognized that booksellers might balk at her progressive content, that fact really didn’t faze her. "I'd rather help just one genderqueer or trans menstruator feel like they were seen, than sell a thousand copies only to reinforce the boundaries society draws by gendering periods in the first place,” she told Dupere.

She hoped the book would also speak to children.

"It's a tough conversation to have with kids, especially when you consider that adults are often struggling with their own internalized period shame," Clemmer stressed to Dupere. "But hopefully, by opening up a fun and creative gateway to discussion, my period coloring book will help make that conversation a little easier."

Unsurprisingly, menstruation is not the only biologically-female process that has been labelled as “gendered” by the PC police. Both pregnancy and lactation have been co-opted as well.

In August 2016, both The Atlantic and Cosmo ran articles on “chestfeeding,” the new inclusive name for breast-feeding. Because, you know, women aren’t the only ones who do it.

The following month, Time highlighted the pregnancy of a transgender man named Evan who struggled to conceive, but finally gave birth to a son after ceasing hormone treatments.

Even the radical feminist group Lady Parts Justice League got into hot water for its name. In an article for Slate, writer and activist Parker Molloy accused the group of “reinforcing biological essentialism, tying gender to genitals.”

Although rational and scientific, the practice of biological essentialism offends a minute subset of the American people, and must therefore be eliminated – according to the liberal media, at least.