Hollywood Gets Political Before the Oscars Begin

Michael Moore predicted that political Oscars speeches would be well received this year. But before the spiels even got under way, stars were making a statement on the red carpet. 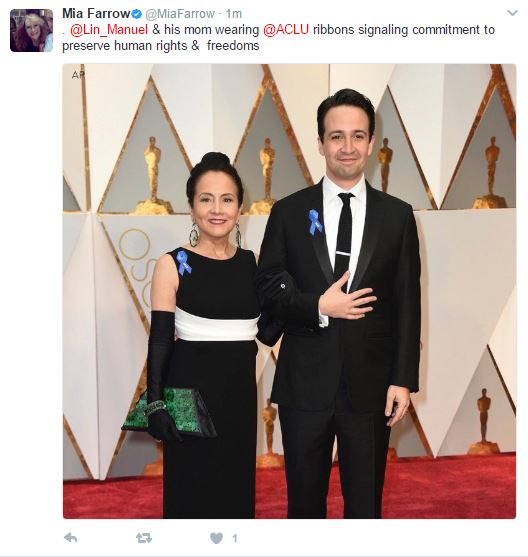 Others chose clothing that reflected their beliefs. "13th" director Ava DuVernay tweeted out a picture of her silver dress, with the caption: "As a small sign of solidarity, I chose to wear a gown by a designer from a majority Muslim country. Thanks to @AshiStudio of Lebanon."

DuVernay was joined by actresses Kerry Washington, Tracee Ellis Ross and Gabrielle Union in another fashion statement. Prior to their arrival at the Oscars, the women posted pictures of themselves with hoodies reading "Trayvon." February 26 is the anniversary of Trayvon Martin's controversial death at the hands of police officer George Zimmerman.

"5 years later our hoodies are still up because the movement is still strong! #OurSonTrayvon," Washington tweeted.

Comedian Chelsea Handler, as usual, had to bring the President into the mix. "Can't we just give trump and Oscar and then be done with him? That would satisfy most of his needs."

Stay tuned for more politicization. It's bound to happen.