Celebs Protest Rockettes Inauguration Gig: ‘No One Should Be Forced’ to Perform

Although several entertainers have publicly refused to participate in Donald Trump’s inauguration festivities, the Rockettes are now scheduled to perform. Yet, that doesn’t mean every member of the troupe is happy about it. 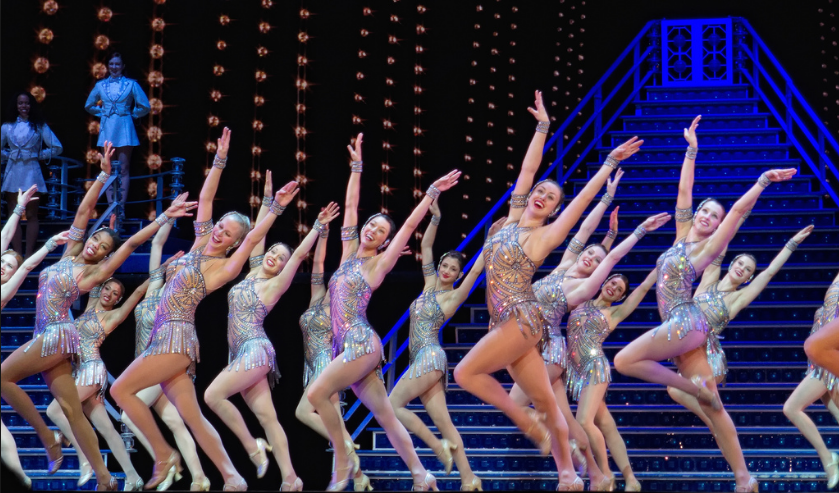 Once the news was confirmed on December 22, dancer Phoebe Pearl expressed her distress on Instagram. "I usually don’t use social media to make a political stand but I feel overwhelmed with emotion,” she wrote in a post that has since been deleted. “Finding out that it has been decided for us that Rockettes will be performing at the Presidential inauguration makes me feel embarrassed and disappointed. The women I work with are intelligent and are full of love and the decision of performing for a man that stands for everything we’re against is appalling. I am speaking for just myself but please know that after we found out this news, we have been performing with tears in our eyes and heavy hearts. We will not be forced! #notmypresident.”

However, although Pearl’s language indicated intended resistance, the American Guild of Variety Artists, which represents the Rockettes, has clarified that all full time performers must participate or risk being fired.

This has rubbed some Hollywoodites wrong.

Writer and actor Amanda Duarte took to Facebook to express her indignation. “Most of the Rockettes do not want to perform at the inauguration. AGVA, their union, has put in writing to the full time Rockettes that they must accept the inauguration gig or they will lose their jobs,” Duarte wrote in a post that has been liked by nearly 3,000 people. “It's perfect, actually. What could be more fitting for this inauguration than forcing a group of women to do something with their bodies against their will?” 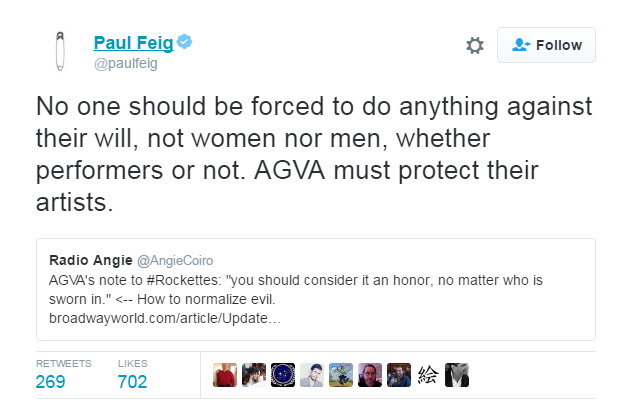 Paul Feig, director of 2016’s Ghostbusters, tweeted: “No one should be forced to do anything against their will, not women nor men, whether performers or not. AGVA must protect their artists.”

Pearl’s plea and her celebrity backing is analogous to fashion designer Sophie Theallet’s much heralded Instagram letter announcing that she would not dress the incoming first lady. At that time, the designer invoked her “artistic freedom,” writing that the Theallet brand’s voice expressed “philosophical ideas.”

Somehow, Hollywood and liberal-skewed media outlets generally refuse to see these issues in the same light.