Sorry, Hollywood! You Can Thank Hamilton for the Electoral College

If there’s one thing Hollywood currently hates more than Donald Trump, it is the Electoral College that clinched his victory over Hillary Clinton. But are celebrities cognizant of the identity of the man who promoted this unique American institution? 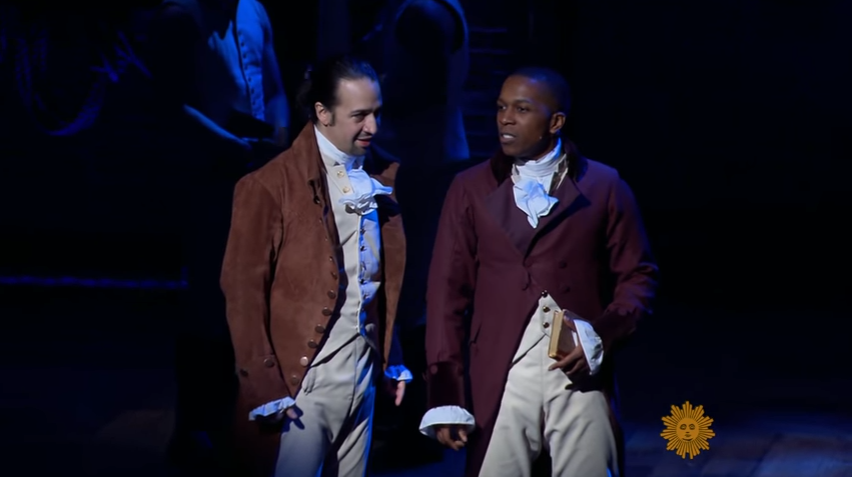 It’s a supreme twist of irony. Alexander Hamilton, the first Secretary of the Treasury, is the hottest founding father among the Tinsel Town set – skyrocketed to 21st century fame through the lyrical genius of liberal rapper/songwriter Lin-Manuel Miranda. But Hamilton advocated the group of electors in Federalist 68 – the same electors that were instrumental in the outcome of the 2016 campaign.

All viewers, especially coastal elites, adore Hamilton. The multiple award-winning Broadway musical hit the stage in August 2015, and audiences were immediately transfixed. From the all-minority cast to the sharp lyrics and striking beats, the show has been a smashing success. Many, like Amy Schumer, who could afford the exorbitantly priced tickets, attended multiple performances. And the media couldn’t get enough of it. In fact, since July 1, 2015, the big three networks mentioned the musical more than 150 times, airing at least two dozen segments on the “cultural earthquake.” 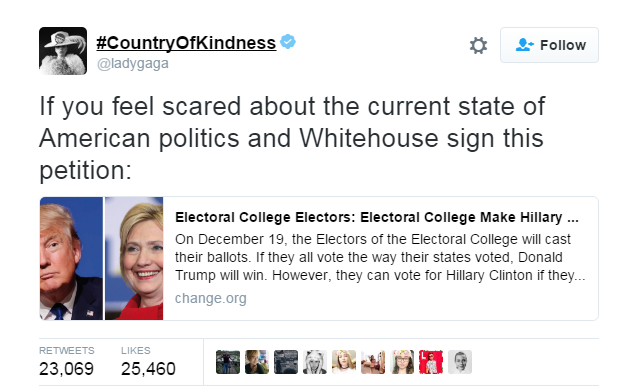 However, none of these stories highlighted Alexander Hamilton’s role in the creation of the Electoral College. This is unsurprising. When considering election outcomes, the average American tends to forget that 270 electoral votes are the prize – not the plurality of the popular vote.

Yet, after all the votes were tallied last week, the Electoral College lurched forward from its sleepy corner in people’s minds. For only the fifth time in American history, a candidate became president-elect by winning only the electoral vote. This led many despondent Democrats to turn on the College with a vengeance. Why did it even exist? Could it be eradicated?

Some activists promoted a change.org petition, currently signed by nearly 4.5 million people, encouraging electors to renege and cast their ballots for Hillary Clinton instead of Trump. Celebrities such as Lady Gaga and Amanda Seyfried jumped on this bandwagon, posting the link on social media. 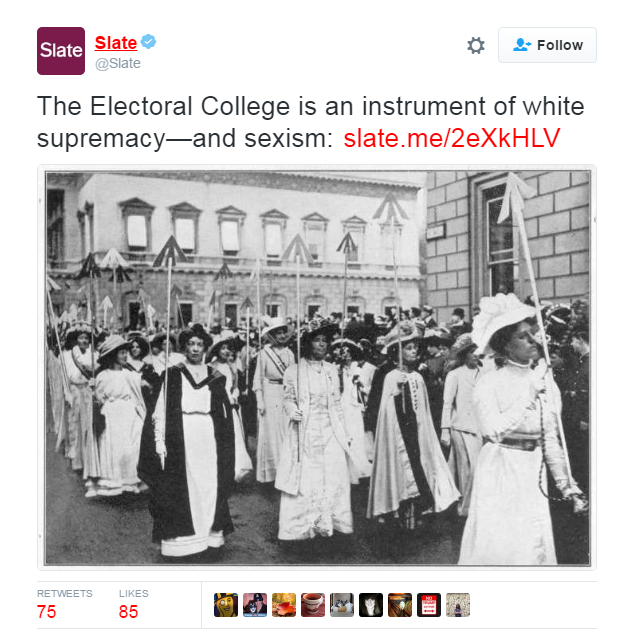 Numerous media outlets attempted to clarify the College, running explanatory articles about its history. Inevitably, journalists quoted from Federalist 68: Hamilton’s articulation of the need for a “small number of persons, selected by their fellow-citizens from the general mass” who would be “most likely to possess the information and discernment requisite” to appoint the most qualified president.

“The choice of several, to form an intermediate body of electors,” Hamilton, under the alias of ‘Publius,’ continued, “will be much less apt to convulse the community with any extraordinary or violent movements, than the choice of one who was himself to be the final object of the public wishes.”

In the words of novelist Douglas Anthony Cooper, the founders advocated a republic that was not a direct democracy because “a simple binding majority vote provides no check upon the election of a tyrant.” Yet, according to Cooper, whose November 10 op ed was published in The Huffington Post, this election was an “exception.” Clinton won the popular vote, he wrote, and “direct democracy would have spared the world the terrifying promise of a Trump presidency.”

Slate’s Mark Joseph Stern went further, arguing that the Electoral College reinforces white supremacy. Actor George Takei echoed the sentiment: “They’re renaming the Electoral College ‘Trump University’: No one knows what it’s for, it’s rigged from the start, and it’s a yuge fraud.” Former Democratic nominee Michael Dukakis called the system “anachronistic,” opining that it should have been “abolished 150 years ago.” However, others pointed out that eliminating the Electoral College would effectively eliminate the voices of rural voters, leaving the outcome of the election to the most populous, urban centers. Candidates could simply court the voters in these latter areas in order to win the race.

One can only guess what Hamilton would think about the current political climate. Considering his contentious bent, he would probably enjoy a good Twitter row – generally crueler than any pistol duel.