Michael Moore: Voting for Trump Makes You a ‘Legal Terrorist’

According to Michael Moore, any person who votes for Donald Trump come November 8 is a “legal terrorist” cognizant of the fact that the candidate is “going to blow up the system.” 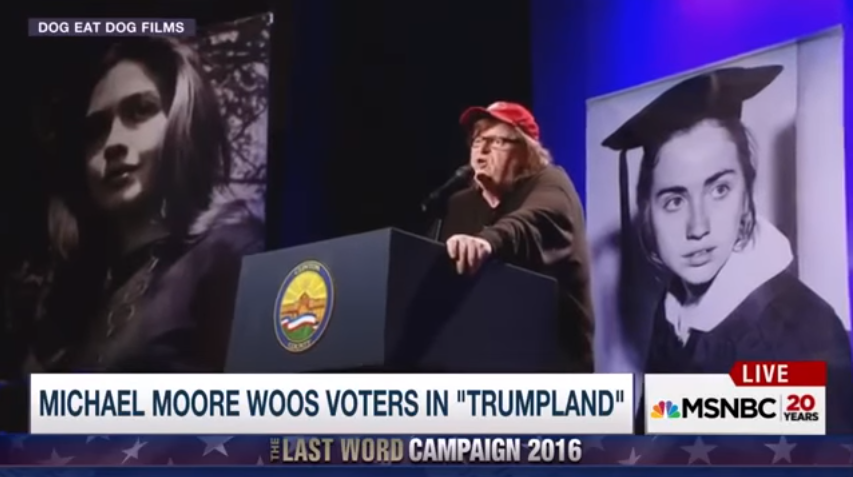 In a recent interview with Rolling Stone’s Jason Newman, the liberal documentarian expounded on his new film Michael Moore in TrumpLand, which, despite the title, is actually about Hillary Clinton (apparently, he toyed with the moniker My Forbidden Love for Hillary.) But focusing on the Democratic candidate was a risk, Moore told Newman, because “Hillary is not the s--tshow that people want to watch.”

Although New York Times critic Neil Genzlinger called the film “fairly tepid,” Moore’s interview with Newman got a bit intense. Referring to all people who are contemplating a Trump vote, the filmmaker told Newman: “I want them to think about the damage they could do by being a legal terrorist on November 8th…you, as a voter, get to participate in the detonation. He's going to get a lot of votes from people who actually just want to sit back and watch the thing blow up.”

One thing that Moore would like to see upended is our current party system. “Something good may come out of this,” he told Newman. “Obviously we need more than two parties to represent the broad spectrum of political thought in this country.” Fair. 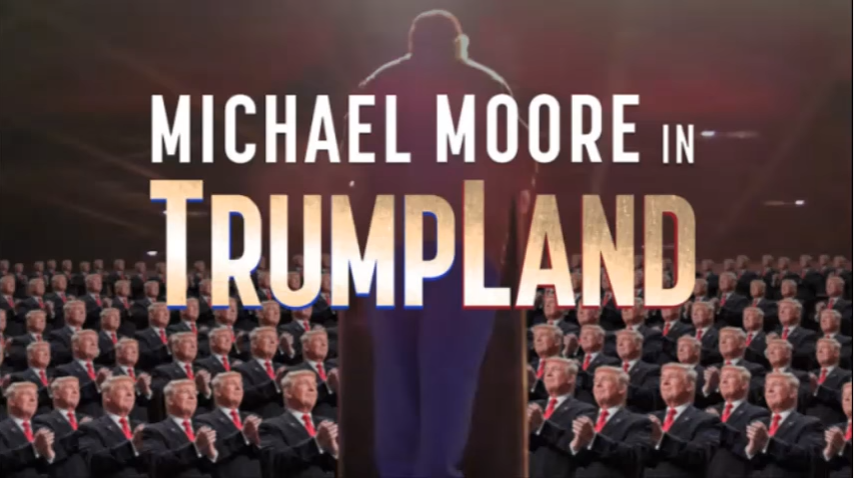 But unlike many voters who believe that Trump does not represent all Republicans, Moore opined that the candidate is the “natural extension of everything that they have believed in for the last 30 years.” He continued: “And it's like the gene pool has got more and more depleted and you end up in a science fiction show like the one we're in with this creature.”

Of course, in Moore’s mind, this election is “not just about defeating Trump”; “misogyny,” “racism,” “white privilege and elitism” are on the ballot. And since the GOP naturally equates to old, rich, white men seeking supremacy, he is thankful that the “days of these dinosaurs are over.”

The filmmaker concluded by expressing concern for Trump’s mental health. “Once you realize that he has a mental illness, at that point, if you're a human being with a soul and a conscience, you want him to get help,” he declared. “At the same time, you have to protect the population from him like you do with a pedophile.”