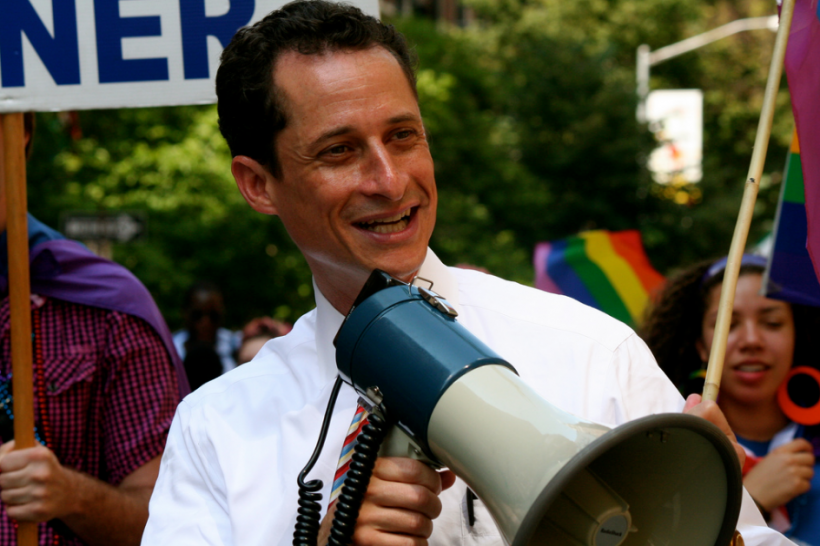 Following the break of a sexting scandal in 2011, Anthony Weiner resigned from his post as Democratic Representative of New York’s 9th congressional district. But before he admitted his culpability, the media attacked the source of the leaked photos – conservative journalist Andrew Breitbart. When Weiner campaigned for the New York mayoral office in 2013, all three networks played a promo video, touting him as “comeback kid.” But in the midst of that campaign, the supposedly contrite politician was caught continuing his entrenched lewd online habits. This summer, his wife and close Clinton confidante Huma Abedin revealed she was separating from Weiner, who had been caught yet again texting images of his crotch, the latest including his young son in the photo. Reporting on the incident, the networks discussed how the scandal might affect the Clinton campaign and condemned Donald Trump for “trying to capitalize on the news.” New York Times Columnist Frank Bruni went further, calling Weiner “Trump’s Irredeemable Twin.” But many would argue that the more apt comparison is to the man who officiated Weiner and Abedin’s wedding – Bill Clinton.