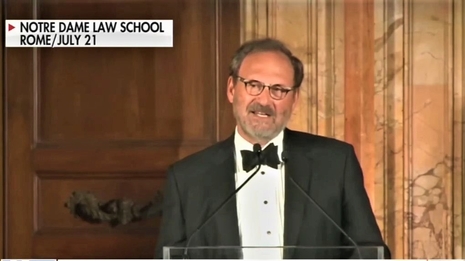 Following the mostly peaceful behavior done by groups like “Ruth Sent Us” and the attempted assassination of Justice Brett Kavanaugh, Milhiser couldn’t resist joining in the fun. In a now-deleted tweet, Milhiser decided to share his thoughts about Justice Samuel Alito's future death and updated thoughts in his “prewritten obituaries.”

“Justice Samuel Alito, who died on XXXX, was not devoid of any positive traits. He was a skilled attorney and a highly effective advocate for conservative causes,” Millhiser tweeted in the obituary. “Had he spent his career as a litigator, he would almost certainly be remembered as one of the Republican Party’s leading Supreme Court practitioners. The problem is that Justice Alito was, indeed, one of the Republican Party’s leading Supreme Court advocates — but he embraced this role while he was a sitting justice.”

This is, to say the least, in poor taste given the real violence and threats of violence coming from leftists. Undermining the legitimacy of the Supreme Court because they don’t get their way is poisonous enough. Fantasizing about dead justices is a whole other level.