Hide your kids, another crazy Hollywood leftie is on the loose! This time it’s they/them actor Ezra Miller who is in hot water with charges relating to grooming and abuse. In Tinsel Town, it must be a day that ends in y. 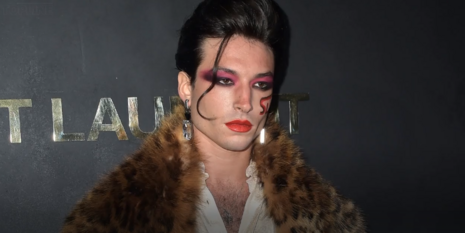 The 29-year-old actor has been accused of physically and emotionally abusing 18-year-old Tokata Iron Eyes with violence, intimidation, fear, delusions, and drugs. Now Miller and his victim cannot be found by law enforcement officials.

Officials have been trying to get in touch with Miller since the parents of Tokota filed a protective order against Miller on June 7. Court documents show that the “Justice League” actor has been accused of “psychologically manipulating, physically intimidating and endangering the safety and welfare of Tokata Iron Eyes.” Now Tokata’s parents do not even know the whereabouts of their child. “They’ve been avoiding service, and now there’s public pressure mounting on them to make a decision, which makes us very concerned about Ezra’s volatile nature,” said her father Chase Iron. “We’re working very hard to get this order enforced wherever they are.”

As with many in Hollywood, Miller is an actor who has shown severe signs of mental instability. Miller has had numerous run-ins with the law in Hawaii. Earlier this year, he was arrested twice for violent altercations. The first took place in March when the deranged actor attacked patrons at a karaoke bar. The second occurred in April when Miller threw a chair that struck a woman in the head. Clearly, the picture of a man who’s all there.

The worse part is the young Tokota is defending Miller. She has stated that she has received support and protection from her abuser. “My father and his allegations hold no weight and are frankly transphobic and based on the notion that I am somehow incapable of coherent thought or opposing opinions to those of my own kindred worrying about my well-being,” Tokata wrote. “I am now aware of the severity of emotional and psychological manipulation I was made to endure while in my parents’ home.” Sounds like the words of someone who has been groomed by a deranged man.

If you needed another reason to stay far away from Hollywood, here it is. The cesspool of Hollywood has produced another deranged groomer.