Things are dumb all over, not least in Britain. The home of Orwell apparently feels that distinction carries with it the responsibility to be particularly, well, Orwellian. Thus we have spectacles like the Hampshire Constabulary handcuffing a freeborn Englishman for “causing anxiety” in a Facebook post. 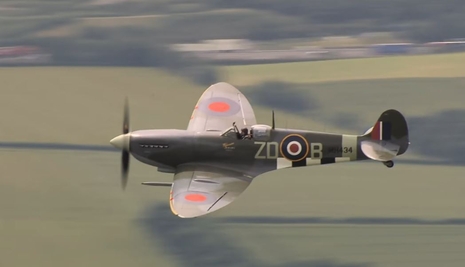 Now comes word from The Daily Mail that the Royal Air Force has imposed a hiring freeze on white male recruits until the RAF hits its fiscal year minority hiring quota. The Mail and other sources are saying that the RAF’s head of recruiting – a female officer –  has resigned in protest of the policy, though her name has not been made public.

"We are all really pro-diversity and we want to see better representation across the services but … levels of ambition for ethnic targets … are absolutely crazy," one source said.

"There is no scientific or cultural background to these particular levels of ambition."

The RAF denies the white male freeze, saying through a spokesperson, “There is no pause in Royal Air Force recruitment and no new policy with regards to meeting in-year recruitment requirements.”

Let’s hope that’s true, and let’s hope there’s more honor and professionalism left in the RAF than there is in the public school blob in Minneapolis. There, a widely-reported  agreement between the school district and the teachers’ union “stipulates that White teachers will be laid off before teachers of color, regardless of their seniority.”

Things really are dumb all over.