Rowling to Trans Mob: ‘Worry About Your Legacy, I’ll Worry About Mine’ 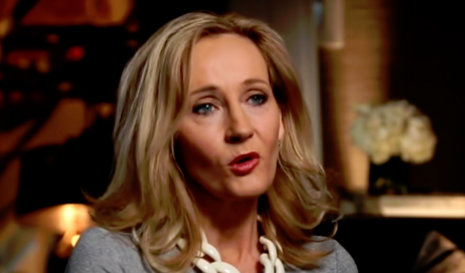 J.K. Rowling is well on her way to becoming “She Who Must Not Be Named.” It doesn’t seem to bother her. The world’s most famous (or infamous) TERF (Trans-Exclusionary Radical Feminist) still maintains that biology has meaning and dudes who claim to be chicks aren’t actually chicks. For this, she regularly faces the Twitter mob.

On March 8, Rowling saw a puffy tweet from the U.K. Labour Party that claimed “Labour will lift women up, not hold them back. Because we are the party of equality.” Rowling wasn’t having it, and she replied, “This morning you told the British public you literally can't define what a woman is. What's the plan, lift up random objects until you find one that rattles?”

Hmm, kinda makes sense. If you’re being pandered to, don’t you want the people doing the pandering to be able to tell you from a toaster or a butternut squash?  As usual, the Twitter reaction was swift and stupid. One unfortunate tweeter caught Rowling’s eye for asking, “You really want your legacy to die on this hill, @jk_rowling ?”

That sounds awfully like being “on the wrong side of history” progressives are always threatening to place dissidents on. It’s also another way of asking if she really wants to be canceled by all the virtuous people. Rowling’s response:

Yes, sweetheart. I'm staying right here on this hill, defending the right of women and girls to talk about themselves, their bodies and their lives in any way they damn well please. You worry about your legacy, I'll worry about mine 😉 https://t.co/wLekwpMQEe