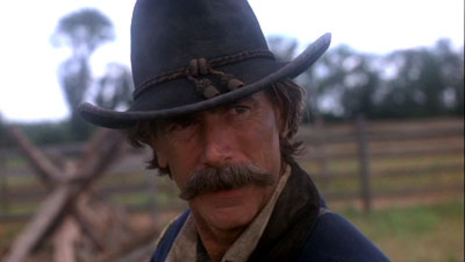 According to Variety, the iconic horse opera star doesn’t have much use for “Power of the Dog” and the “allusions of homosexuality throughout the movie.” Elliott was on a podcast when he went off on the movie, comparing the actors to Chippendale dancers. “That’s what all these fucking cowboys in that movie looked like,” Elliott said. “They’re running around in chaps and no shirts.”

“Where’s the Western in this Western?” Elliott asked. “I mean, [lead actor Benedict] Cumberbatch never got out of his fucking chaps. He had two pairs of chaps — a wooly pair and a leather pair. And every fucking time he would walk in from somewhere — he never was on a horse, maybe once — he’d walk into the fucking house, storm up the fucking stairs, go lay in his bed in his chaps and play his banjo. It’s like, what the fuck?”

(Having seen the film, that’s a pretty accurate description. Cumberbatch is a closeted gay rancher in what’s supposed to be 1920s Montana. It really is a piece of  … what he said.)

I just came from Texas where I was hanging out with families — not men — but families. Big, long, extended, multiple-generation families that made their living and their lives were all about being cowboys. And boy, when I fucking saw that [movie], I thought, ‘What the fuck? Where are we in this world today?'”

There's a lot of that going around. As if disparaging the gay theme weren’t bad enough, he criticized Jane Campion, the movie’s female director:

What the fuck does this woman from down there know about the American West? Why the fuck did she shoot this movie in New Zealand and call it Montana? And say this is the way it was? That fucking rubbed me the wrong way.

Clearly the whole picture gave Elliott saddle sores. It remains to be seen how Hollywood responds to Sam. And the horse he rode in on.