WashPost Op-Ed: ‘I Hate Christmas & You Should Be Okay With That’ 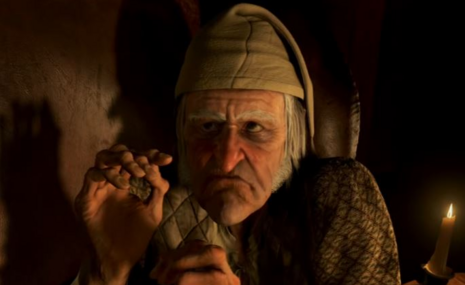 The Washington Post sends out a morning newsletter called Opinions A.M. It’s got all the fascinating takes from Ruth Milbank and Sargent Rubin and E.J. Capehart. It also has guest opinions from experts and commentators who run the ideological gamut from left-wing to really left-wing, and the editors give big headline treatment to op-eds they really think are super important.

On December 13, the Post really thought you should know that Brian Broome hates Christmas, “and you should be okay with that.”

Who is Brian Broome, you ask? Well, he’s the author of “Punch Me Up to the Gods,” of course. You know, the memoir The New York Times Book Review called “a testament to the insurgent and ineradicable power of Black queer being.”

Now, I’m not sure if hating Christmas – or generally being a miserable pest – is part of “black queer being,” but it sure is part of Broome’s being. That and watching too much television. He’s obsessed with Christmas ads that “feature beautiful people wearing violently colorful sweaters and pouring fine liquor into glistening glassware,” and where “still more beautiful people are surprised by enormous red bows on top of expensive cars.” He hates jewelry store ads and spots for Hallmark Channel movies.

The stores where I buy my meager Hungry-Man frozen dinners now explode with silver and red in a gaudy celebration of unchecked, poinsettia-riddled capitalism.

Stop laughing! He’s serious. He even hated Christmas as a kid “because my family didn’t have money.” His dad lost his job when the local steel mill closed. Which is nothing to make light of.

But Broome’s fixation on advertising is:

… the commercials with shiny, happy, children opening reams of colorful paper to reveal the things that they’d always wanted. The ads seemed to suggest that the more stuff you got, the better person you were. I learned through those commercials that good people got presents and that my family was trash. I took it into me every year like communion.

Or a steady diet of resentment. And he hates pretending he doesn’t resent … well, everyone, really. Family (“I found that family can be challenging when thrust upon you all at once.”) People in general (“It’s harder for me to reconcile the good will we’re supposed to feel toward each other at the holidays with the horrible way we treat each other the rest of the year.”)

Broome describes himself spending Christmas “watching horror movies alone and eating Chinese take-away. Someone you know, and love, may prefer this option.”

Perhaps they do. They’re welcome to it. But that’s not really enough, is it? The rest of us are supposed to register Broome’s misanthropy, acknowledge it, and be a little less happy ourselves.

“We don’t speak up, us holiday haters,” Broome says. “We tend to keep our feelings to ourselves.” Or publish them in The Washington Post.