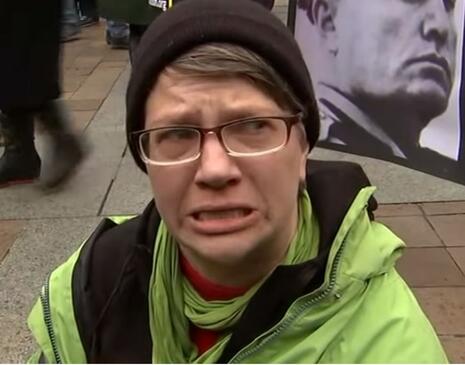 Are you a Debbie Downer? A Gloomy Gus? Is your Indian name “Dark Cloud?” Do you find that when the going gets tough, the tough get away from you like you’re radioactive? Well cheer up! The Washington Post has good news! Or, maybe don’t cheer up.

In the August 19 edition of the Post’s “Wellness” section, Allyson Chui wants you to know you no longer have to live with the tyranny of “reassuring platitudes” and the other trappings of “toxic positivity.” If you think nothing will be fine and there is no silver lining, well, you do you because “how you feel is valid, no matter what.”

You too should embrace your inner Eeyore. You know you want to, and it might be healthier. “Adding toxic positivity to the mix may only exacerbate the rising tide of negative emotions by preventing people from working through the serious issues they’re experiencing in a healthy way, experts say.” (Ah, those “experts!”)

Be assured, “Toxic positivity” is a real thing, even if Chiu admits that she doesn’t know where the term came from. She’s got an expert to suggest it’s just another of those toxins America has always generated. University of Michigan psych professor Stephanie Preston “said the idea is rooted in American culture, which values positivity” as an “attractive behavior in people that makes them seem more well adapted and more popular with their peers.”

But it gets even worse, according to Preston:

“‘Looking on the bright side’ in the face of tragedy of dire situations like illness, homelessness, food insecurity, unemployment or racial injustice is a privilege that not all of us have,” she said. “So promulgating messages of positivity denies a very real sense of despair and hopelessness, and they only serve to alienate and isolate those who are already struggling.”

So optimism is a privilege! What’s more, it may be a white privilege. It sounds a lot like one of those nefarious aspects of white culture that the Smithsonian was recently peddling. “Hard work” is usually a manifestation of optimism. And the value white culture places on “objective, rational linear thinking” couldn’t be further from “how you feel is valid, no matter what.”

Don'tcha love it when a plan comes together.

Sure, Chui steps on her own ideological tale by including advice from psychologist Jaime Zuckerman. Really, advice for people who wish to persevere in being unhappy is just stupid, and what’s even dumber is the nature of the advice: “She also encouraged people to set personal goals focused on behaviors instead of feelings.” Ever heard anything so right wing?

Chui’s mistake. The Washington Post is in the doom and gloom business, as are most secular left-wing institutions these days (at least until November). It’s too bad, and it makes one nostalgic for another secular (atheistic even) left-wing institution that had a rather more upbeat take. How did that Monty Python song go? Oh, yeah: “Always Look on the Bright Side of Life.”