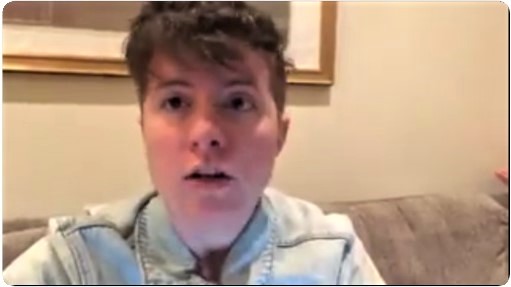 Who becomes a modern advice columnist? According to the Washington Post’s Maura Judkis, it’s someone with “a deep well of empathy, a strong moral compass, a gift for being succinct without coming off as glib.” Empathy, check. Not glib, got it. Strong ... moral compass? Huh?

Judkis’s description comes from a long, adoring profile of the advice columnist for the lefty online zine Slate. But “Dear Prudence,” is as morally lost as any of the rudderless ninnies who write in for tips on sex toy ettiquite. Mr. Daniel Lavery is Dear Prudence, but he used to be Ms. Mallory Ortberg, and he’s married to a she that used to be a he. We’ve come a long way from Miss Manners.

Lavery is the most notable new figure in a field of advice-givers that has begun to diversify, reflecting an overdue understanding that cisgender white people are hardly the only ones in search of the “small acts of neatening” that columnists can provide — nor are they the only ones qualified to tend to other people’s problems.

But Judkis (advice nom de plume: “Credulous on K Street”) has a point. The milquetoast housewife who’s bullied by her mother-in-law’s Pomeranian is so 1964. This is 2020. We need thoroughly woke advice gurus to help us navigate our myriad kinks, perversions and overall moral bankruptcy. Daniel, formerly Mallory, is from San Francisco. His wife, formerly a man, is an English prof at UC Berkely. They recently moved to Brooklyn. How’s that for a resume?

Judkis tells of accompanying Lavery to the the Brooklyn Museum,

when [renaissance artist] Bernardino de'Conti's "Portrait of Catellano Trivulzio," stops him in his tracks.

“What a s----y little beard,” says Lavery, pointing out the contrast between the subject’s “great, lustrous hair” and the “faint cloud of mist over his chin.”

“What feels very transmasculine about this is just like, ‘I’ve got my hairstyle exactly as I want it. And my beard’s not ready for prime time, but I’m gonna pull it out.’ ”

But to really understand the kind of penetrating insight Prudence offers, you must turn to his work.

Q: Help! My Toddler Found Grandma’s Sex Toys. “Is it wrong of me to request that she lock this stuff away when we visit?”

A: “Oh, this is sort of charming! Sort of cringe-worthy, too, obviously. I think the most important lesson here is impressing upon your daughter that she shouldn’t go through other people’s things without permission.”

There’s much more: Like the white, married, heterosexual, cisgender woman who wants to be a good “ally” but has trouble fitting in with all the cool queer kids. Or the woman whose boyfriend believes she’s “the reincarnation of an evil witch.” There are even some more bourgois dilemmas that might be familiar to Dear Abbie. And Lavery addresses each one with that “strong moral compass.” Stop laughing!