WashPost: Your Pumpkin Spice Latte is a Bloody Imperialist Brew 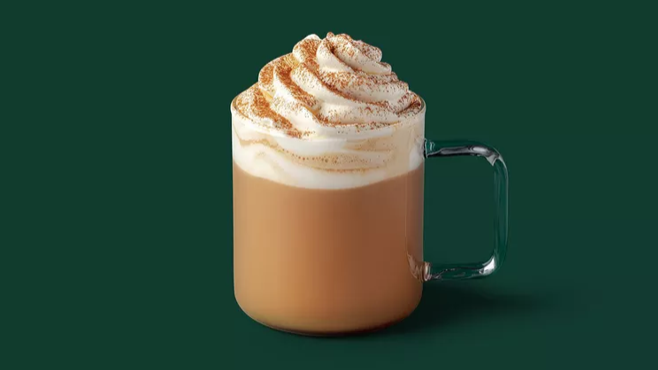 The Washington Post wants you to feel bad about your pumpkin spice latte. And not because of the calories, or because it’s a swishy, effeminate beverage (that would never do for Posties). The drink just isn’t woke enough.

“The spices in ‘the PSL’ have a dark history,” writes Gillian Brockell in the paper’s “Retropolis” section. “Particularly nutmeg. It’s a story of war, genocide and slavery.” Hmmm. Sounds like the work of some nasty Europeans. Yep.

Brockell explains that “The variety of nutmeg we’re familiar with is native to the Banda Islands in what is now Indonesia.” It got popular in Europe and Asia, and “the Bandanese became rich trading the spice,” along with mace and cloves. (Yes, it’s like Howard Schultz traveled back in time and told them what to grow. “Trust me, one day this stuff’s gonna be integral to an overpriced hipster drink!”)

Come the age of colonialism, a succession of powers -- the Portuguese, the Dutch and the English -- came and worked their spoil upon the Bandanese (who were no doubt gentle stewards of the land, at one with nature, etc.) and their spice trade.

The real bad guys of the story are the Dutch, who turned up in 1599 all rapacious and ready to do some exploitin’. “The Bandanese signed contracts agreeing to” trade only with the Dutch,” according to Brockel, although she says “it is unclear if they understood what they were agreeing to.” See, they were probably a communal society -- maybe even a matriarchy ruled by wise and just women unused to Europeans’ corrupt commercial arrangements.

“They ignored the contracts anyway, continuing to trade with whomever they always had, plus a new partner on the scene — the English.” Bad idea. “In 1621, Dutch Governor-General Jan Pieterszoon Coen led 2,000 troops on an assault on the Bandanese,” writes Brockell. “Their leaders were beheaded, and the wealthy were enslaved and sent overseas. The remaining inhabitants fled into the mountains, where, over the following months, nearly all met one of three fates: They were murdered in Dutch attacks, starved to death, or jumped off cliffs in despair.”

So you go ahead and savor your PSL. Just remember that your sweet, frothy and oh-so-decadent pick-me-up was originally an imperialist witch’s brew of noble indigenous blood and base European greed.